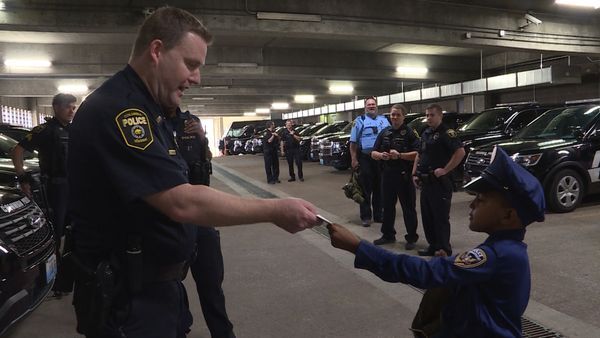 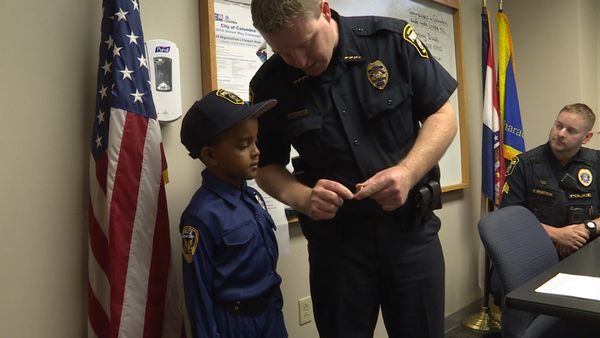 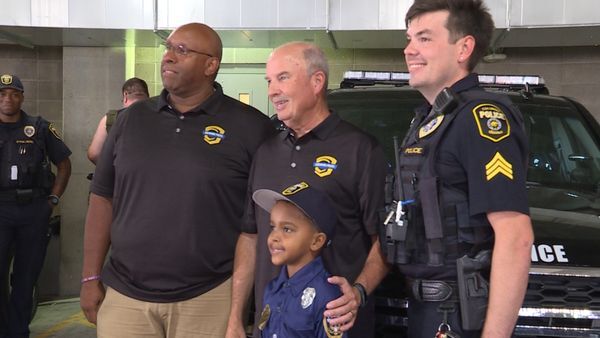 COLUMBIA - When Adam Hassan's mother, Amina Mohamed, gave him his birthday money, she said she asked him how he wanted to spend it.

She was surprised by the 8-year-old's response.

"And he goes, 'No, I'm going to give it up to the police officers because I like what they do and they take care of everyone and I'm safe when I'm around them,'" Mohamed said.

So, she reached out to Columbia Police Department about making the $100 donation. And when officers found out about it, they wanted to give Hassan something, too.

"I hear the sirens and then, I was running," Hassan said describing when officers showed up at his house.

The officers were there to take the 2nd grader for a ride to the police station for a tour.

"It's just exciting for [the officers] and they've all been waiting for him to arrive," CPD Chief Geoff Jones said. "It's heartening to see a young person come in here and get to interact with them just like our own kids."

Hassan started his tour by giving a handwritten card to Chief Jones. Officers then showed him around the department and brought him to the afternoon shift meeting.

"They have dogs and they arrest people," Hassan said. "They keep everyone safe."

The special visit meant more to this family from Somalia.

"As an immigrant from a country that is lawless, I appreciate, you know, the law and order and everything that you do for the community and I feel safe going to bed at night not having to worry about anything happening to my family," Mohamed said.

What started as a selfless act ended with a gift for everyone.

"I'm proud of him to see that he would think of important people like the officers," Mohamed said.

"The extra hours that the officers worked this week and all the work that they put in, to have a young man come in here and show support just means the world," Chief Jones said.