Waynesville man struck by boat propeller on Lake of the Ozarks 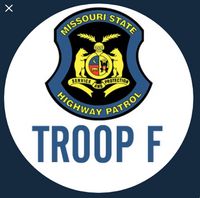 COLUMBIA — One man was transported to University Hospital after a boating accident Saturday night.

Cody Vaughn, 22, was ejected from a boat after the driver lost steering control due to a mechanical failure, according to a Missouri State Highway patrol incident report. Vaughn was then struck by the boat's propeller.

A University Hospital official confirmed to KOMU 8 that Vaughn is in critical but stable condition.