Ozuna heads back to the NL East with the Braves 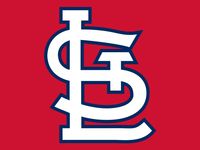 ATLANTA - After being traded to St. Louis from the Miami Marlins prior to the 2018 season, power-hitting left fielder, Marcell Ozuna, is poised to head back to the National League East as a member of the Atlanta Braves.

It was announced Tuesday night that the Ozuna had signed a one year, $18 million contract with the Braves.

Due to the fact that Ozuna had received and rejected a qualifying offer from the Cardinals back in November, upon signing with the Braves, the Cardinals are to receive a compensatory draft pick expected to fall in the 70s. As for the Braves, they are to give up their third best pick in this summer's draft due to the signing.

Boone County firemen save deer from pond Posted on 18 February 2020 at 6:21pm