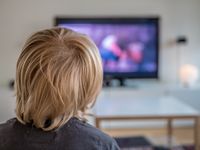 It's especially important in adolescence, where the first signs of depression often begin, studies show. But unless your child is an athlete, it can be tough to wean them away from social media and the ever-present screen to swim laps or go for a blood-pumping jog.

A new study has some good news: even light exercise may help protect children against developing depression.

The study, published Tuesday in the journal Lancet Psychiatry, found that 60 minutes of simple movement each day at age 12 was linked to an average 10% reduction in depression at age 18. The types of movement ranged from running and biking to walking, doing chores, painting or playing an instrument.

"It's not just more intense forms of activity that are good for our mental health," Aaron Kandola, a PhD student in psychiatry at University College London and lead author of the study, said in a statement.

"A lot of initiatives promote exercise in young people, but our findings suggest that light activity should be given more attention as well," senior author Dr. Joseph Hayes, a psychiatrist and clinical research consultant at University College London, said in a statement.

"Schools could integrate light activity into their pupils' days, such as with standing or active lessons," Hayes said. "It doesn't require much effort and it's easy to fit into the daily routines of most young people."

The study used information from the University of Bristol's Children of the '90s study, which has been following 14,500 women and their children for 30 years, from pregnancy onward.

As part of this, 4,257 adolescents wore instruments to track their movements at ages 12, 14 and 16 over a three-day period. For at least 10 hours each day, accelerometers recorded whether the child moved or was sedentary. The machines provided a better method of tracking than prior studies, which relied on self-reporting, researchers said.

"Worryingly, the amount of time that young people spend inactive has been steadily rising for years, but there has been a surprising lack of high quality research into how this could affect mental health," Kandola said.

Sedentary behavior increased as the children grew older, the study found, with depression scores highest among the least active. Each additional hour of sitting at age 12 was linked to an 11% increase in depression scores at age 18, based on a clinical questionnaire which measures depressive symptoms and their severity on a spectrum.

At age 14, each additional hour of being inactive raised depressive scores by 8%, while 16-year-olds had an increased score of 10.5%, the study found. The study only looked at depression, not anxiety disorders.

Researchers adjusted their analysis to account for those with depression at the beginning of the study as well as socioeconomic status, parental history and the like, which are all linked to mental health. While the study is only an association and can't prove a relationship between movement and depression, "our study suggests that these two trends may be linked," Kandola said.

In fact, the data "suggested that a 2 [hour] reduction in daily sedentary behavior between the ages of 12 and 16 years old was associated with a 16 [to] 22% reduction in depression scores by age 18," the study said.

According to the World Health Organization, depression is one of the leading causes of illness and disability among adolescents around the world, accounting for "16% of the global burden of disease and injury in people aged 10 to 19 years."

In the United States, rates of teen depression are on the rise. A new study to be published in March found rates of major depressive episodes in the last year among teens increased 52% between 2005 and 2017. The study analyzed data from the US National Survey on Drug Use and Health and found rates rose from 8.7% to 13.2% over that time span.

A depressive episode is defined by a list of symptoms that include feeling sad, hopeless, frustrated, anxious or worthless for at least two weeks.

That number fits with a 2017 analysis by the US National Institute of Mental Health, which found 13.3% of American teens aged 12 to 17 have suffered at least one major depressive episode over the last 12 months. That's more than three million children, mostly girls. Girls are almost three times as likely to suffer depressive episodes, the report said.

The trend is worrisome, experts say, especially since only 50% of depressed teens are diagnosed before adulthood and suicide is on the rise. A study last year found that the numbers of children and teens with suicidal thoughts who went to emergency rooms in the US doubled between 2007 and 2015.

What to look for

For parents, it might be hard to distinguish between normal teen angst and depression. Symptoms include fatigue, irritability, odd sleeping patterns, a wish to be left alone and a lack of interest in school and daily activities, among others.

In 2016, the US Preventive Services Task Force said that all primary care doctors, such as pediatricians and family physicians, should routinely screen teens over age 12 for signs of depression. One of the most used tests is called the PHQ, or patient health questionnaire.

The questions cover mood, sleep, energy, concentration and suicidal thoughts, and asks the teen to rate the severity of their symptoms from "not at all" to "nearly every day."

Parents should be able to access the test via their pediatrician, as the American Academy of Pediatrics updated their guidelines in 2018, encouraging all pediatricians to screen teens for depression, and depending on the severity of the results, refer teens for treatment. The US Substance Abuse and Mental Health Services Administration also provides a national hotline in English and Spanish that teens and parents can call: 1-800-662-4357(HELP).

In the UK, parents can call 0808-802-05544, a hotline run by YoungMinds, a non-profit group that provides resources on depression for both teens and parents.

Parents, say experts, can help their depressed child by being supportive and validating their feelings. Rather than being critical, says the US nonprofit Child Mind Institute, try to notice positive behaviors.

For example, "Instead of saying, 'Honey, you should really get up and do something. How about calling an old friend?' you might say, 'I'm going to the mall to do an errand. Let me know if you want to come with me, and maybe we can get lunch together,'" the institute suggests.

And if you can't break through the first time you try to connect to your teen, says YoungMinds, keep trying on another day. But don't ignore your teen's feelings hoping they will go away.

The National Alliance on Mental Illness in the US has these tips as well: