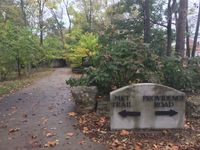 COLUMBIA - The MKT trail from Providence to Stadium opened after being delayed three times.

About a half mile of the trail was closed for the Sanitary Sewer Construction Project, which began June 22.

The trail was originally expected to open on September 29, but the city was unable to reopen it due to an excessive amount of rock underground.

"I know it's painful with the trail users not being able to access the trail, especially in the fall and summer like they normally do, but we really appreciate the patience that the public has had," Sanitary Sewer Engineer Pat Fitzgerald said.

The project was delayed until October 15, and then delayed again until October 28, but opened a few days earlier than the expected third delay.

The construction's purpose was to replace old sewers and keep up with the infrastructure demands downtown. Fitzgerald said the new sewer mains will last several decades.

"They're all very old and carried the flows that they needed to, until all the new big apartment buildings started going in downtown. It's a lot more demand on the sewer system as well as the water system and electrical system too," Fitzgerald said.

The MKT Providence and Stadium section may need to close again in December for minor construction.

"If they do need to close the trail down, it will only be a day or two at a time and we'll get notice out through Parks and Recreation. I think we'll be able to do it under traffic where we won't have to totally close the trail up. That's what we're hoping for," Fitzgerald said.

Springfield hospitals nearing capacity due to COVID-19 surge Posted on 24 September 2020 at 1:43pm