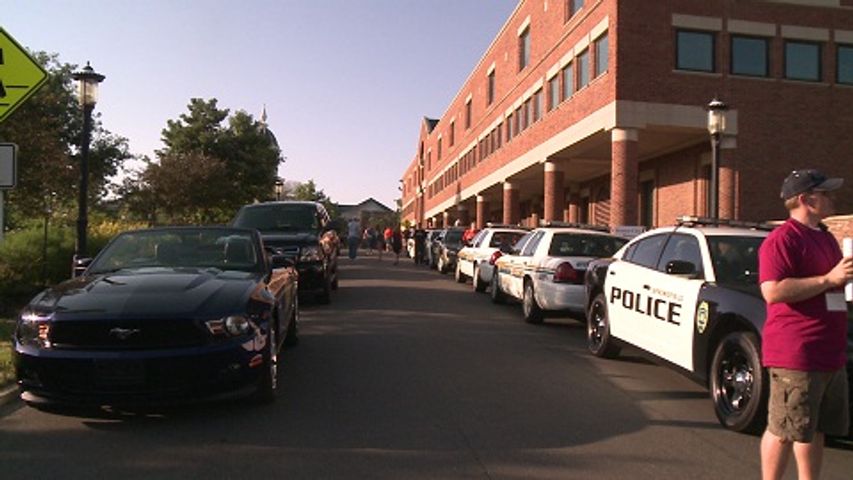 COLUMBIA - According to AT&T phone services, Memorial Day is not only a holiday but the kick off to the 100 deadliest days of driving. From that Monday on to Labor Day weekend, teens are more vulnerable to distracted drivers.

"Because of the summer months students are more careless when they drive," said Curtis Perkins. "But in a college town, all the events during the Fall semester make the deadliest days last until October."

AT&T also reported that 97% of teens admit that texting and driving is dangerous but 43% of drivers admit to doing it anyway.

"Everybody does it, I mean I know it's wrong, but it's addictive," Brandon Fisher.

"Unfortunately, I do drive and text but I am working on stopping because I know that it is dangerous," Lauren Fitzpatrick.

The coordinator of Mothers Against Drunk Driving or M.A.D.D. said that she understands the mind of teenagers but she wants teens to understand the consequences of their decisions.

Being apart of M.A.D.D Perkins says you see what victims deal with up close, and no one deserves the pain.

"Get a sober driver, and I know you have heard it before but it still must be repeated. And don't pressure your sober driver to have a drink with you once you go out because they are responsible for your life," said Crystal Perkins.

"Can you just think of the combination of alcohol and a Rock Quarry road? I mean it's scary," said Crystal Perkins.

Rock Quarry leads to directly to the Grove Apartments, residents of the complex say they have experienced these scary situations.

"I have never driven drunk but I do remember one time I got in the car with a friend and I didn't realize that she had been drinking," said Fitzpatrick. "Watching her drive me home down Rock Quarry was probably one of the most scariest experience."

Columbia police actually did a spot check on Rock Quarry road recently and the results were frightening.

"We issued 7 DWI's in one night on that road," said Curtis Perkins.

Crystal Perkins said the M.A.D.D team is determined to be apart of the solution.

"We are working toward that and really getting into the school system. Education is the most important. Education our youth and adults," said Crystal Perkins.