101 students compete to be number one on the map 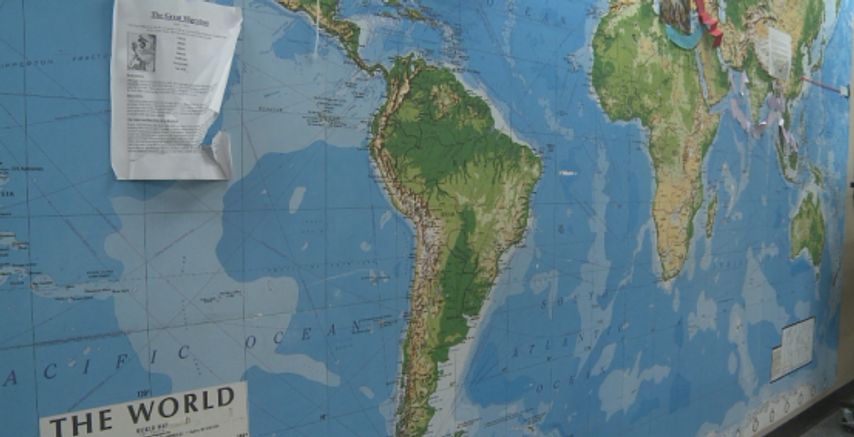 COLUMBIA - 101 students will be competing for the title of the geography whiz in the Missouri on Friday.

There are five students representing Columbia, and one student said he believes he has what it takes to win the title.

He said he can’t wait to compete and see other students from around Missouri.

“I’m a little nervous about it, but I’m excited to see all the people across the state and smart people,“ said geography bee participant Joseph Devoy.

He said he always took an interest in learning about different places and their cultures.

Devoy said he isn’t worried about 2017’s champion, Rohan Rao, who is competing in the 2018 geography bee, because he has a plan.

“Sometimes I look up questions online or I look at maps," Devoy said.

He said he is feeling nervous but won’t let the nerves get the best of him during the competition.

“I guess I’ll just focus on studying and doing my best and see what happens,“ Devoy said.

He said once he found out he was going to compete with other Missouri students he couldn’t believe it.

“I didn’t really think I made it first cause the test is really hard, but when I found out I was just excited,” Devoy said.

His teacher, Alexandria Otis, said when she taught him in fifth grade she knew he was a bright student.

“He’s been interested in academics and very engaged in class, and I believe his teachers would agree that he presents the same qualities now even as an eighth grader," she said.

Otis said when she taught him, she realized he was a critical thinker and enjoyed sharing his discoveries of what he’d learned with his classmates.

“Joe has always been a student in any subject, social studies and beyond, when he participated in class if he was excited about something he wants to share,” Otis said.

She said she is confident he will perform well in the bee.

“I think Joe will do his best and a lot of these situations it's a little bit with luck of you might get a question that you get wrong and then the next person will get a question and you knew that question,” Otis said.

He said he is looking forward to the bee and ready to compete.

“Well I’m excited to miss some school and hopefully go on to nationals if I do well enough,” Devoy said.

There are two rounds. The last round will be the top 10 students competing to be number one and represent the state.

The first place winner will receive $200, a National Geographic atlas, and a chance to go to Washington D.C. to represent Missouri in the national competition in May.

The winner of the national bee will receive a $50,000 college scholarship, a trip to the Galápagos Islands, and a lifetime subscription for the National Geographic magazine.

The geography bee is going on its 30th year nationally and statewide.