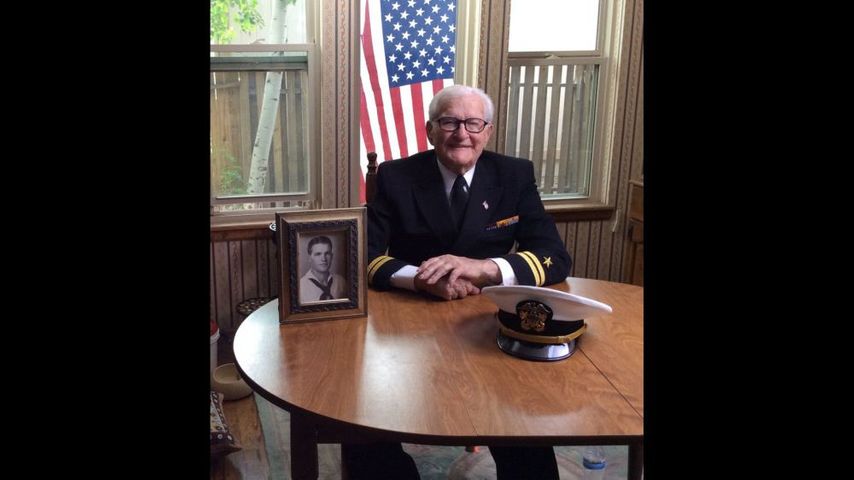 "The first thing was total surprise, we had no warning whatsoever," Downing said.

He said this emotion was followed by fear and then pride during the surprise Japanese bombing.

"Our men responded without leadership, without training, everybody instinctively did the right thing," he said. "Everybody was a hero that morning."

Larry Glabe works with Downing as he travels across the country to share his story. He said it is an honor to do so.

"Jim is in Columbia on a speaking and book signing tour," Glabe said. "He joined the Navy out of high school and served on the battleship the USS West Virginia."

The West Virginia was sunk by torpedos and bombs during the attack - it was later salvaged and took part in the Pacific campaign during World War II. Downing said 105 men were killed on his ship on December 7.

Downing attributes his survival to his strong belief in God. He said faith is a very important part of his life.

"While I was under attack, I had a great peace thinking I was going to be in the Lord's presence," Downing said. "I think God has some things for me to do, and that's the reason he spared me. I felt that God has guided me every step of my life."

Downing said after the attack, he spent his time collecting some of the dying men's information so he could write a letter to their parents.

"I took a notebook and went up and down the line, and said 'If you give me your parents' name and address and dictate a paragraph, I'll get it to them," Downing said.

Downing said he received many letters from some of those parents thanking him.

Downing has two upcoming events that are free and open to the public. He is speaking at the MU School of Nursing Auditorium at 5 p.m. Tuesday and will make an appearance at the "Honor Heroes" event at Centralia High School at 7 pm. Wednesday.

"I hope they remember me as a patriot for our country," Downing said. "And that as a Christian, I helped other people to find the faith that I have."

In 1986, 45 years after the Pearl Harbor attack, President Reagan coined a phrase Downing said he has chosen to live by: "weakness invites aggression."

Downing said he thinks the lessons Americans have learned from Pearl Harbor is to always be alert. He said he feels an obligation to talk to them about the event.