11-year-old girl rewarded for her hard work with veterans 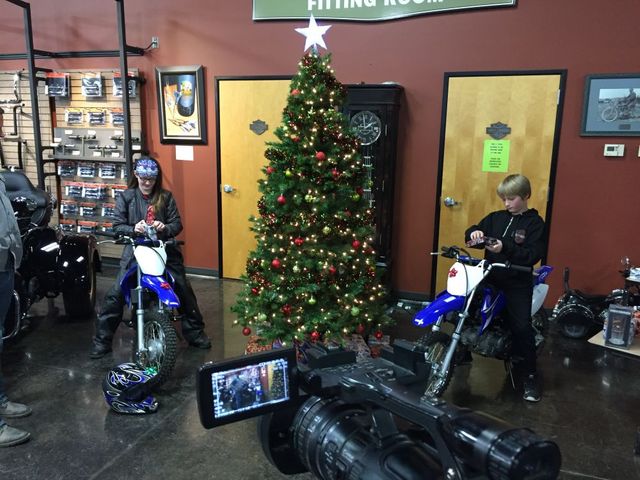 COLUMBIA - Two days before Christmas, Katie Bernicky, 11, was walking around Mid-America Harley-Davidson thinking she was going to be in a fashion show.

Little did Bernicky know she was going to receive a Yamaha dirt bike. A customer who goes by the name "Uncle Les" decided to give the bike to Bernicky because it "felt right."

"It's Christmas we're supposed to do good things, all year round even. This just happened to be when it happened. It felt right," he said.

Bernicky has a soft spot in her heart for veterans. She sells hot dogs, crafts, cookies and drinks and donates all the money to Central Missouri Honor Flight.

"We send them on a flight to Washington D.C. to see the Veteran's Memorial, the Korean, the Vietnam and the World War II Memorials we send those veterans over there. They get lunch they go all day they see them and then they come back and then we get on motorcycles and escort them" Bernicky said.

Her grandmother, Carolyn Bernicky, describes her as having a heart of gold.

"I think the veterans in our country don't get enough recognition. For someone her age to be willing to do that, most kids at age 10 or 11 are not interested in doing anything but playing with toys," Carolyn Bernicky said.

Katie plans on practicing with her new bike until she is old enough to get her own motorcycle.