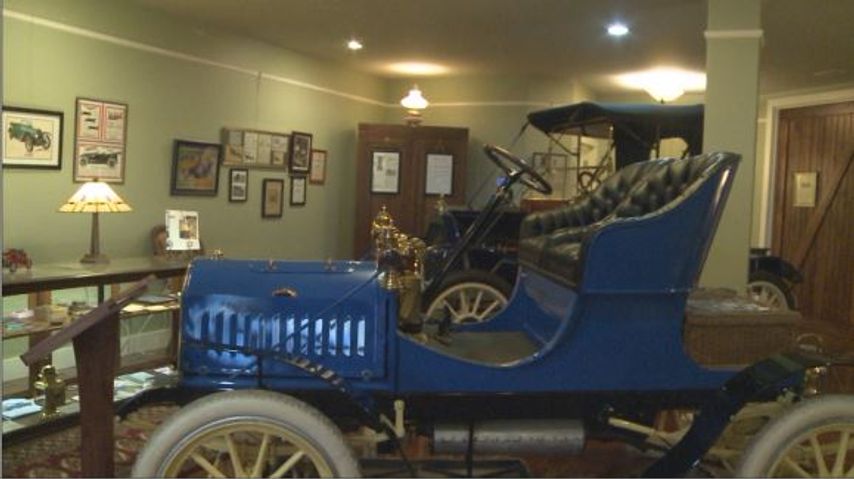 Miller owns and operates a Mitchell car museum in Boonville. He is a direct descendent of the original owners.

Museum tours must be made through the Boonville tourism department. Miller does not make money off tours, though his is the largest collection of Mitchell cars anywhere.

"I don't make any money and I don't want to make any money off this," Miller said. "This was my man cave until the city found out and asked me to open it to the public. All the money goes back to them. That's the way I want it. I feel like this is a small way I can give back to this community."

Katie Gibson, director of tourism in Boonville, said she had to beg Miller to open his museum.

"I saw this collection and was like, 'How cool is this? You need to show this off,' and Lewis is a perfectionist so he would try and tell me it wasn't ready or wasn't clean. It definitely was (ready)," Gibson said.

Miller's museum has been open for a little over two years, but Miller has spent more than 20 gathering artifacts from his family's company. There are cars, wagons, tools, photographs and newspaper clippings, all bearing the name Mitchell.

"Basically, my family has been involved with anything related to transportation," Miller said. "It's a shame hardly anyone has heard of Mitchell. They only made cars for about 20 years, but there's all kinds of history there."

That history is something Gibson said is of interest to drivers of all ages.

"The history of the car is for everyone, even women," Gibson said. "They think it's just of interest for their husbands, but back in the 1900's, they made a car specifically for women."

From woman-specific cars to self-driving cars, Gibson said automobile technology has evolved rapidly in the past 115 years.

"It's cool to hear him tell you about the way they made their cars 100 years ago," Gibson said. "You know, we grow up in an age where technology is evolving quickly but to see how they were just tinkering and trying new things and maybe it will work, maybe it won't. It's cool to look at what has changed, but even cooler to see what has stayed the same in that long amount of time."

While collecting Mitchell cars is just a hobby for Miller right now, he said he hopes his son will take over the museum someday.

"It's a shame Mitchell got sold out because the family died out, because there is so much here for people to learn," Miller said. "I'm proud of the things my great-great-grandpa created and I want my son to continue telling people the story of Mitchell cars."