15 years after daughter's disappearance, mother uses her grief to support others 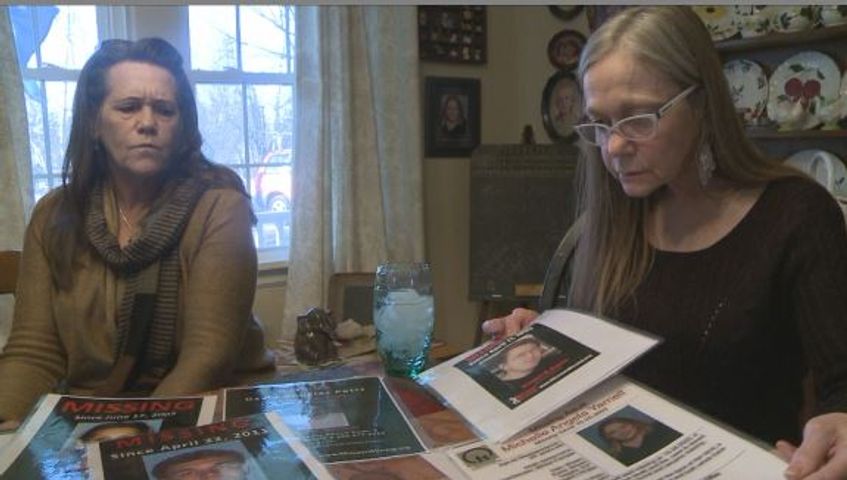 HOLTS SUMMIT - Marianne Asher-Chapman's daughter, Angie Yarnell, disappeared in 2003. Now, fifteen years later, Angie, and the nearly 100,000 other missing people in the United States have a day designated to honoring them.

"She's been gone 172 months, exactly," Asher-Chapman said. "It never gets easier and you never want to stop talking about them until they come home, so this day means a lot."

Asher-Chapman knows Lowitzer personally, as she does many other families of missing persons.

"We need days like this, because we come together as one big family," Asher-Chapman said. "That's what we are. One big family. Of course, I wish we were a smaller family, but we are family and we need to support each other."

Reaching out to other families is how Asher-Chapman met Peggy Florence. Her daughter, Jasmine Haslag, has been missing since 2007. Together, the two founded Missouri Missing, a non-profit that provides support for families of missing persons. While Florence no longer works with Missouri Missing, she has not stopped fighting to find her daughter.

Both women said not knowing about their daughters' whereabouts is the hardest part.

"I just want to know," Asher-Chapman said. "I don't care if they find a fingernail, as long as they can confirm it's Angie's, I'll be comforted."

Yarnell's husband, Michael, was charged with her murder in 2008, though her remains have not yet been found. Asher-Chapman said she'll keep fighting until she is.

"I didn't know what to do when Angie went missing," Asher-Chapman said. "I mean, I'd never had a missing daughter before. There was no one to help me and I felt alone. Now I know what to do, and I can help others. The most important thing people need to do is file the missing person's report."

"If a loved one ever goes missing, contact the local law enforcement agency of where the person was last seen and/or known to be, as soon as possible. THERE IS NO WAITING PERIOD, despite what you may hear on TV."
Asher-Chapman said she wants people to know that something like this can happen to anyone.
"You know, people think this will never happen to them," Asher-Chapman said. "But it can. It can happen to anyone and it very well may."
If a loved one goes missing, Griggs gave some tips:

Florence said there are several resources, but NamUs, the National Missing and Unidentified Persons System, is one of the most important tools for families with missing loved ones.

"Anyone can go in there and put in information. It isn't just law enforcement," Florence said. "I know a family that found their sister because someone had identified the tattoos on a recovered body. It helps reunite families, or at least bring closure."

While Saturday is the first National Missing Person's Day, Missouri holds its own Missing and Unidentified Persons Day in June. Asher-Chapman said Missouri Missing holds an annual event on the day, and she puts up green ribbons on the day her daughter disappeared.

If you know anything about any missing person's case, you are urged to contact Missouri State Highway Patrol's Missing Persons Unit.