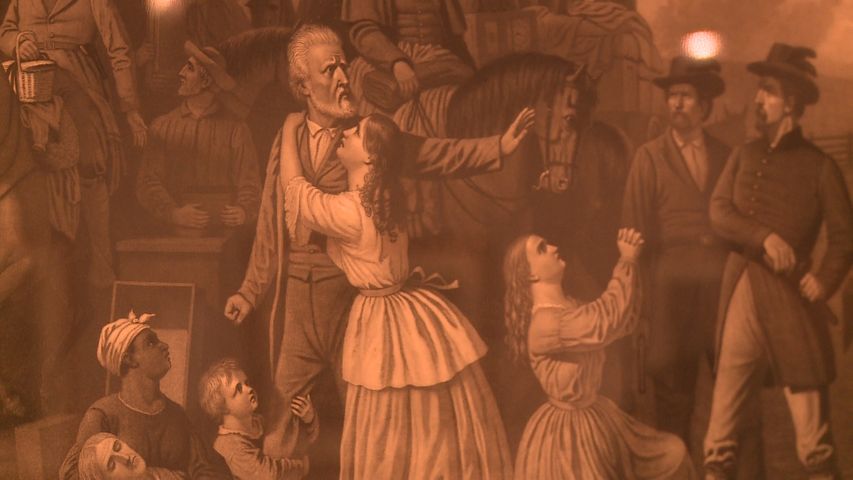 COLUMBIA - Today marks the 150th anniversary of the start of the bloodiest war in American history-- The Civil War. On April 12, 1861, the Confederate army fired shots on Fort Sumter, thus beginning the war between the states. A century and a half later, Civil War connections continue to dot the local landscape.

Just a few blocks away in the Columbia Cemetery, one of the earliest regiments of the U.S. Colored Infantry is buried. Thirty-one members of the division are buried in the south end of the cemetery.

At the State Historical Society of Missouri, Civil War artwork by George Caleb Bingham is on display. Serving as the State Treasurer during the Civil War, Bingham experienced firsthand the war's impacts.

State Historical Society Art Curator Joan Stack points out how Bingham's work draws attention to the cruel effects of war on the civilian population. "We often don't think about that here in the United States because we've had very few wars on our soil, but right here in Missouri we really experienced brother against brother fighting, refugees, all those things that are happening in war-torn countries today."

These memorials serve an important role in sharing the stories that one Columbian says she was never taught. "We were lied to. It was glossed over, slavery...We were told that it was all economics, all agricultural policy, well slavery was deeply embedded in agricultural policy is what it turns out to have been. So I feel like there are a lot of wrongs to be righted," says Rachel Carter.