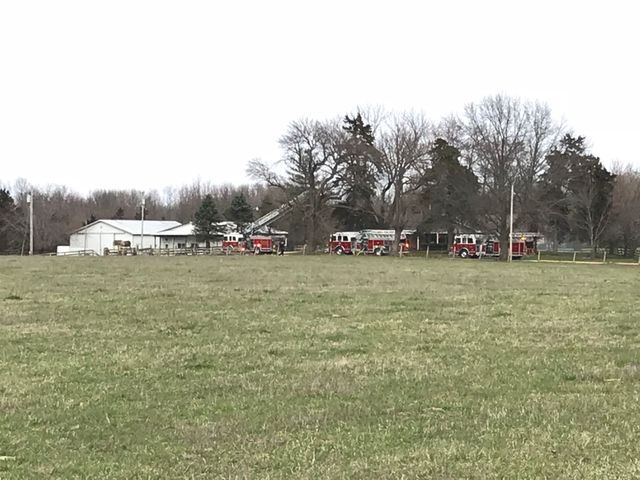 COLUMBIA - A fire damaged a home on East Richland Road Friday. Two adults and two children made it out safe.

The Columbia and Boone County fire departments arrived on the scene less than 10 minutes after the call was made at 3:44 p.m.

Assistant Chief Brad Fraizer said crews were still working to figure out the origin of the fire.

"We don't have a cause, origin or cause, yet, or a damage estimate," he said.

He said the fire was both located in the attic, as well as a wood pile outside the home.

He said he believes strong winds could have played a part in spreading the fire to multiple locations.