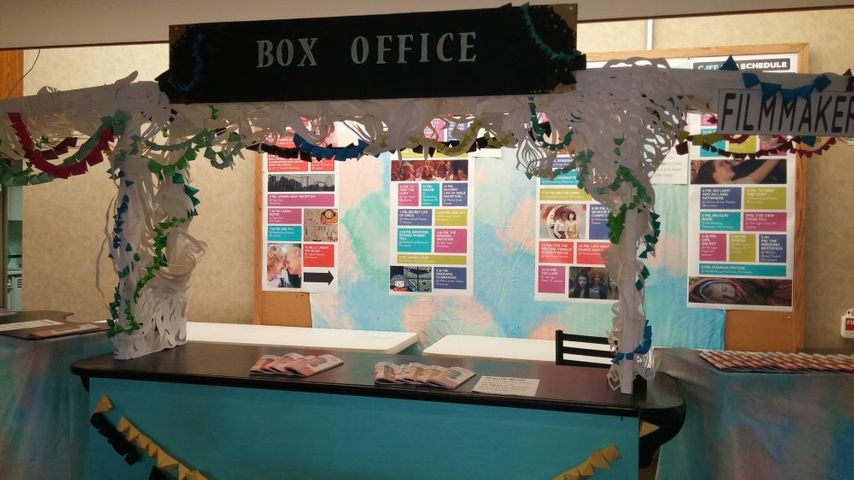 The box office for the Citizen Jane Film Festival opens Thursday at 3 p.m.

COLUMBIA - This year's Citizen Jane Film Festival features some new staff members and a new event, but one thing is the same - its message of celebrating women filmmakers.

This year's theme is "Glitch."

"It comes off the idea that often when women make mistakes, we take it as a setback," said Barbie Banks, the festival's executive director. "And we're trying to help our students and all the directors and everyone attending know that one little glitch can only make things better and make it bigger, and that's kinda our hope with the festival."

This year is Banks' first as the festival's executive director.

"We had some turnover in staff last year, and we only see that as a positive thing to build off of the foundation that they built," she said.

Banks said the two festival founders stepped down to let new blood take over. The "Janies," the festival's planning team, consists of about 20 people and half of them are new.

"It's been a really cool experience seeing this mentorship of people that have done it from the very beginning and these newbies coming together to make sure we have a really solid festival," Banks said.

Greta Hagen-Richardson is the features programmer. This is her first year working for the festival. She was in charge of selecting the dozens of films that will play in the festival out of about 600 submissions.

"I generally am looking for just a really unique narrative that shows the life of somebody that we don't get to see on screen that often," Hagen-Richardson said.

Banks said, along with new staff, the festival also has a new type of event - an outdoor screening. The free event will be at Logboat Brewing Company at 10 p.m. Friday. It will include music, a bonfire, s'mores and several short horror films.

"If you've never come to Citizen Jane or you're hesitant because you've never done it, this will be a good first event and a taste of it," she said.

"I feel like it's an area that women kinda have been excluded from, outside of acting, and then, even on the acting side, they tend to get cast in the victim role," she said.

Hagen-Richardson said the festival will also include several coming-of-age films. She said it's nice to see this type of film about women because they are typically about men.

One specific film playing at the festival is 1991's "Daughters of the Dust." It was the first movie directed by a black woman, and Banks said she thinks the audience will enjoy it because of its tie to the current music culture.

"Beyoncé used a lot of that imagery in her recent video 'Lemonade,' and so when you're watching it, you'll get to see where she pulled a lot of her ideas from," Banks said.

Banks said the festival has a wide variety of films, such as family friendly, musical and action, with the only commonality being women directed all of them.

Anyone interested in attending the film festival can buy tickets or passes at the Stephens College box office at 1405 E. Broadway. Banks also said you can come to a showing twenty minutes before a film starts and see if any tickets are available. The festival's website has a full schedule.