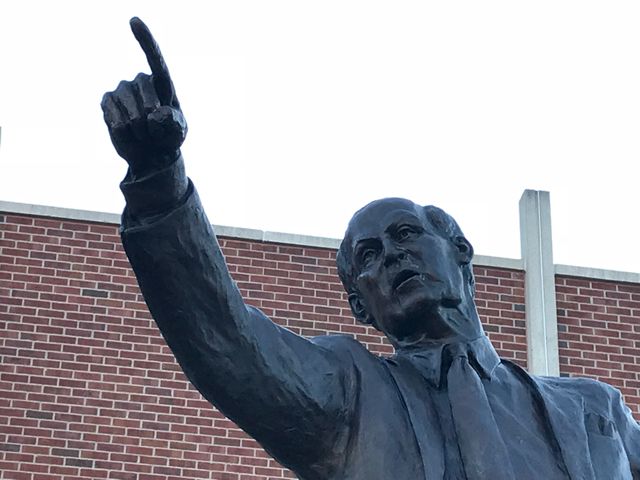 COLUMBIA - Forty-eight high school basketball teams from across Missouri will gather at Columbia College this weekend to play 48 hours of nonstop games as part of this year's Norm Stewart Classic.

Stewart coached the Missouri Tigers Men's Basketball team for 32 seasons, from the early 70s to the late 90s. He captured eight regular-season Big Eight Conference titles during his tenure.

MU erected a statue of him outside of Mizzou Arena last year.

"We played at I think midnight last year," sophomore guard Cachao Gianquinto said. "I was nervous and it was weird playing at midnight because you usually sleep."

As a freshman at Battle High School last year, Gianquinto played his first minutes of high school basketball in the tournament. He says it affected his sleep schedule.

"I woke up and then I had to take a nap so I wouldn't be tired," Gianquinto said.

Coach Stewart was diagnosed with colon cancer in 1989, missing the final 14 games of that season. After chemotherapy, he returned the following season.

The tournament raises money to fight cancer in his honor. This year, all 48 teams will present checks for Coaches vs. Cancer for the first time.

"You know, anything helps. Some teams will have 10 bucks, 50 bucks, 100 bucks, I don't know. It's the first time we've done it that way so we are excited about that," Battle Boy's Basketball coach Brian Meny said.

Meny is a Northeast representative for the Missouri Basketball Coaches Association. The Classic started as a 24-hour tournament but Meny said it was extended to 48 hours after there was so much interest from around the state.

"At first, nobody wanted to play for 24 hours. They didn't want the late games," Meny said. "Kids want to play basketball, so it didn't really matter. So, then it went to 48 hours."

Meny, a native of Paris, said he remembers going to Stewart's basketball camps as a kid, as well as a few more stories.

"I can remember stories he was telling, breaking into the school and sliding down the old chute so they could shoot basketballs with their flashlights in the gym," Meny said. "A lot of great stories like that and what he's done for Missouri Basketball."

Battle plays at 10:00 p.m. on Saturday on ESPN3 from Columbia College's Southwell Complex. All three Columbia Public Schools and Father Tolton Catholic will also be in the tournament.

Law students say they don't get mental health treatment for fear it will keep them from becoming lawyers. Some states are trying to change that
(CNN) -- Before classes had even begun, a judge stood in front of Justin's law school class to tell them... More >>
2 minutes ago Monday, February 24 2020 Feb 24, 2020 Monday, February 24, 2020 3:35:00 PM CST February 24, 2020 in A Brighter Tomorrow
Share:
Email
Facebook
Twitter