22 clergy members will not face jail time for Capitol protest 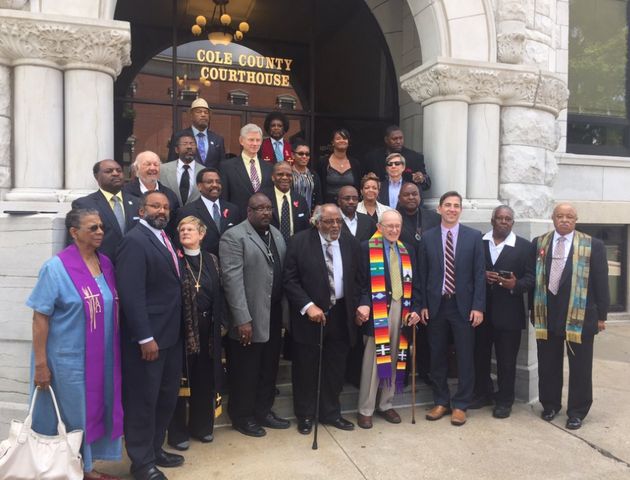 JEFFERSON CITY - A jury decided Thursday afternoon not to issue jail time to a group of 22 clergy members who were arrested in a protest at the Capitol in support of Medicaid expansion back in 2014.

On Wednesday, in a packed courtroom at the Cole County Court House, the jury delivered a split verdict, finding the defendants guilty of trespassing but not of obstructing Missouri Senate business.

The jury decided to fine the defendants, with the amount to be determined later.

No members of the group spoke in a news conference following the trial, but an attorney for the defendants, Nimrod Chapel Jr., did.

"We have a first amendment right to free speech and if we can't exercise that in the Capitol, I don't know where we can," Chapel said.

Twenty-three protesters were arrested in the Senate, however, only 22 received the split verdict Wednesday. Jesse Fisher, a member of the group dubbed the "Medicaid 23," was absent for the majority of the trial. His trial date has not been set.

Chapel said the group will continue to fight Cole County Prosecutor Mark Richardson, who brought the two-year-old incident to trial. Supporters of the defendants have questioned Richardson's intentions for bringing the case to trial so late.

Chapel said lawmakers from both sides of the aisle have defended Medicaid 23's right to free speech, including Sen. Kurt Schaeffer, R-Columbia.

Chapel said he is glad the defendants will not go to jail, but there is work still to be done on the issue.

"The lack of Medicaid expansion has resulted in more than a thousand deaths since the time of the protest," Chapel said.