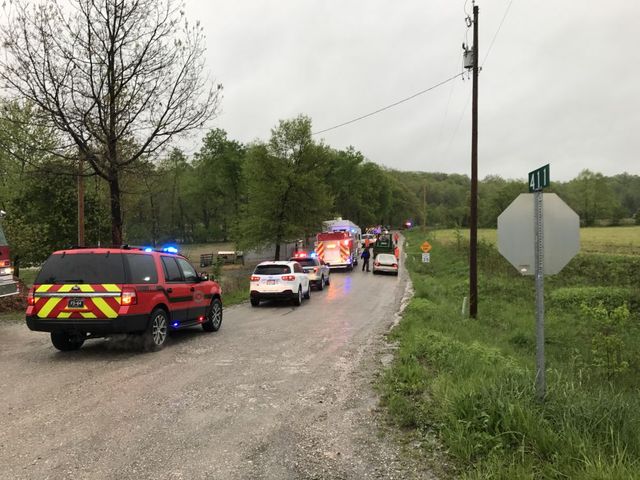 CALLAWAY COUNTY — First responders rescued three families from their homes in Callaway County Saturday during floods that swept through the mid-Missouri area.

The rising water forced first responders from Callaway County and the Jefferson City Fire Department to conduct a water and rescue mission around 5 p.m.

Crews were notified that eight people were stranded in their homes along County Road 411, according to a Facebook post from the Callaway County Sheriff's Office. The homes are located just off the Middle River, which trapped the surrounding area in high water.

Crews arrived at 3 p.m., and multiple boats were needed before the families could be safely rescued.

Firefighters carried at least three children and two adults to safety. Officials said crews were successful in saving everyone involved.

[Editor's note: This story has been updated to include more information.]