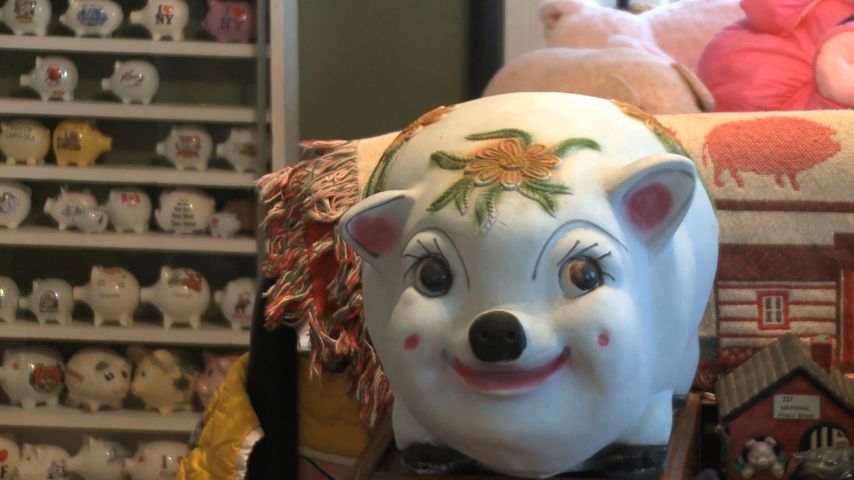 LINN - America's only pig museum started with a man's dream: to collect the most pig-themed items in the world.

Ross Honsa collected thousands of piggy banks, pig figurines and pig toys. When he died in 2010, his family started looking for a place to send his collection.

Honsa's family heard about Cindy Brenneke's farm, Where Pigs Fly, on a radio show. They thought it would be the perfect place for Honsa's collection.

Brenneke drove  from Missouri to Wisconsin to pick up Honsa's collection in 2013. She then started Pigs Aloft Museum. Five years later, the museum has more than 30,000 items.

"From then, it’s just exploded," Brenneke said. "We’ve had donations from all over the world."

The only pig museum larger than Pigs Aloft is in Germany. Brenneke said she never expected her museum to get so big.

"We’ve got a couple of more buildings that we’re going to expand into," she said. "We will not turn away any pig collections."

Brenneke said most of the donations come from the families of people who have died. While the pigs bring joy to visitors, some say there is a deep spiritual connection.

"I seriously think that when the collections come here, a piece of that person comes here with them," Brenneke said. "It’s kind of a way of keeping that person alive."

The museum is home to about 200 live pigs and other farm animals. It doubles as a petting zoo and an animal rescue center.

Brenneke said she needs volunteers to help with sorting new donations so Pigs Aloft can stay on track to becoming the largest pig museum in the world.