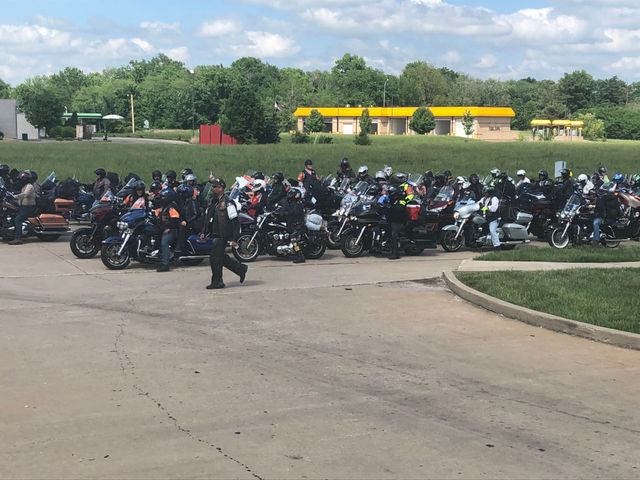 COLUMBIA - More than 670 motorcycles poured into the Phillips 66 gas station off I-70 as the "Run for the Wall" motorcycle ride stopped in Columbia on Monday afternoon.

The ride starts in Los Angeles and ends in Washington D.C. at the Vietnam Veterans Memorial Wall.

Route Coordinator Harlan Olson is on his 12th year.

"I was only gonna do it one time," Olson said. "But going through Missouri, St. Louis, the police officers gave us a salute as we went by, and I was hooked."

Columbia resident Paul Hobbs was there to support the riders as they stopped in Columbia. He took part in the ride himself back in 2014.

"Everyone said it would be a life-changing experience, and it was," he said.

The Run for the Wall website has more information. and includes a map to track the riders' progress in real time.