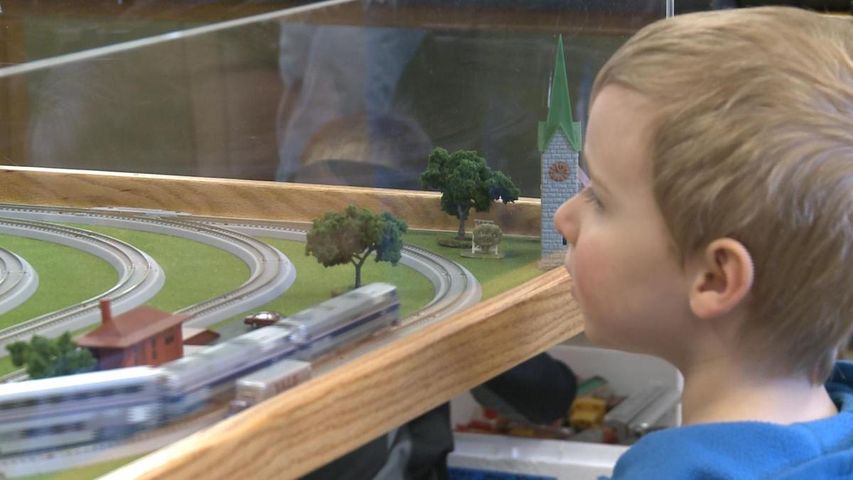 The event was sponsored by the Mid-Missouri Rail Fans and the Columbia Parks and Recreation. It was free and open to the public.

This year there were 13 different displays. Martin Shapiro put his HO Scale model train collection on display. He said he's been collecting for the past 10 years.

"I've liked trains for as long as I can remember. I don't really have a specific spark. But what I like about modeling is that you get the history, you get the construction, you get to like pain stuff, build stuff and it's just kind of a whole lot of fun things conglomerated," Shapiro said.

"I am enjoying every second of watching the children," Wilke said.

The show is dedicated to Hobo-Joe. Wilke said Joe was a homeless man, who road the rails for many years, but never in first class.