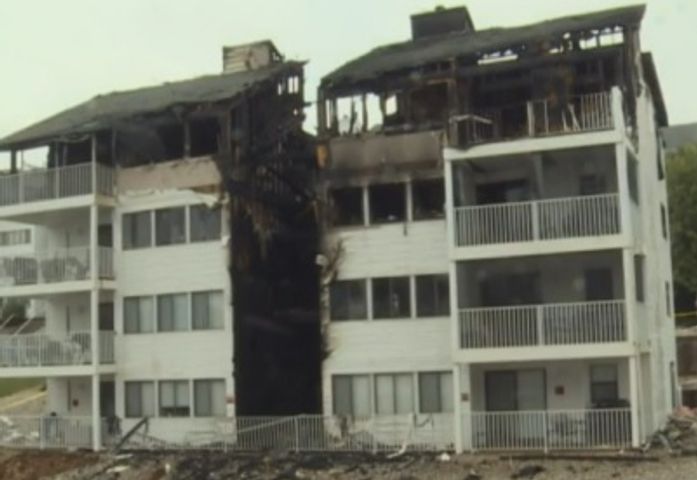 It happened on Passover Road, near Watson Hollow Cove around 11:20 p.m.

Osage Beach Fire Chief Jeff Dorhauer said four children were taken to Lake Regional Hospital and were pronounced dead. Authorities said two 2-year-old girls were killed along with a 4-year-old girl and a 5-year-old boy. Firefighters said they rescued at least two other people from the condo.

Dorhauer said the fire happened in building 1123. He said the fire department received a 911 call at 11:21 Tuesday night saying people were trapped inside the condos. Firefighters were on scene at 11:29 p.m. Dorhauer said four alarms sounded, and eight departments responded to the scene.

Firefighters said two adults were safely pulled from third-floor windows with the help of a ladder. Dorhauer said the children were trapped on the fourth floor of the building.

Dorhauer said it took nearly 60 firefighters more than five hours to put the fire out.

He said all eight units in the building suffered smoke, fire or water damage. According to Dorhauer, the building was not structurally sound. At a news conference Wednesday morning, authorities said the building was constructed in the 1970's, before current codes were in place, meaning there was no sprinkler system in the condo.

Dorhauer said building 1123 is not structurally sound now. All eight units in the building are damaged. pic.twitter.com/75hKJQ8N7a

Firefighters said the 5-year-old boy was a resident of the condo, and the three other children were his cousins visiting for a birthday.

The City of Osage Beach released a statement Wednesday afternoon saying in part, "on behalf of the city, the mayor and the board of aldermen, our condolences to the family and loved ones of those lost in the early morning fire at Compass Pointe Condominiums. Our thoughts and prayers are foremost with their families and loved ones."

Authorities said Wednesday the cause of the fire was unknown, but a fire marshal was investigating.

Officials name victims in deadly condo fire; no cause found