40 cats and one dog rescued from Jefferson City home 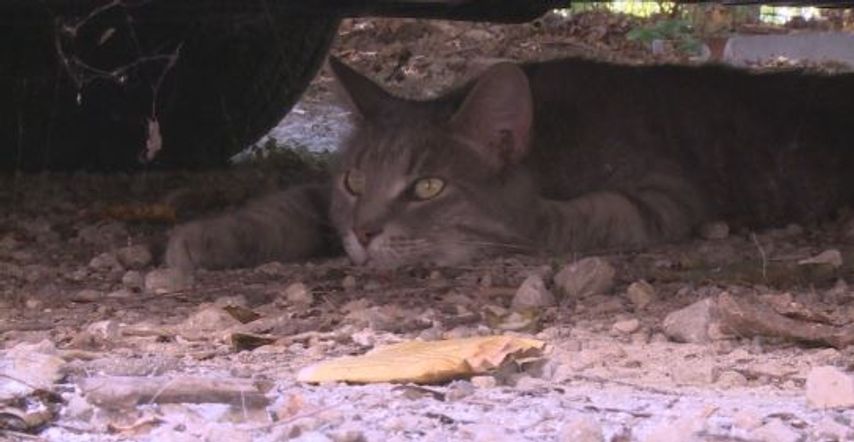 JEFFERSON CITY - Jefferson City Police arrested one woman Thursday morning on 41 counts of animal cruelty after rescuing dozens of animals from her home.

Police and Animal Control rescued 40 cats and one dog from Carolyn Goyda's home and took the animals to the Jefferson City Animal Shelter.

The Jefferson City Animal Shelter closed for the day to give the animals medical treatment. Jefferson City Police Cpt. Doug Shoemaker said the department and animal control will continue to monitor the area around the home in case there are more animals needing rescue.

Cpt. Shoemaker also said that the department has dealt with Goyda before regarding trash on her property and the general upkeep of her home. Jefferson City Police were notified by Goyda's neighbors about a strong odor coming from the home and trash littered about the property. Police arrived at Goyda's home with a search warrant and were forced to wear masks in order to withstand the odor inside the home.

"Inside the home were very very poor conditions. Not livable conditions to the point where really it was condemned," Shoemaker said. "Clearly you can probably get the idea that even for humans it's not livable and for that number of cats. Forty cats in a residence its not going to lead to healthy conditions," Shoemaker said.

Shoemaker described the scene as disturbing. "Just the general disrepair, the smell, the feces around. Things had not been kept up at all but it was to the point where the officers were very disturbed by what they saw," Shoemaker said.

Jefferson City resident and Goyda's neighbor John Russell said he kept his distance from the home but could smell the odor from his house across the street. Russell said Goyda kept to herself but he did see cats roaming into adjacent properties and his own yard. Russell is a dog owner and was upset when he learned of the situation.

Goyda was brought to the Cole County Jail where she currently remains awaiting charges and her bond to be set.