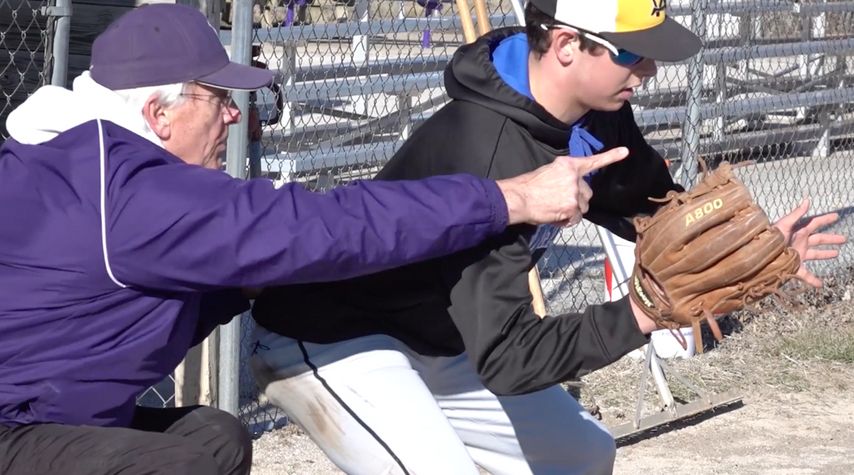 HALLSVILLE – Nearly half a century into his coaching career, Barry Koeneke has never needed more than one home.

Koeneke is nearly a month into his 43rd season as the Hallsville High School head baseball coach, which makes him one of the longest tenured mentors of America’s pastime in Missouri.

“Personally, I have a little bit of pride in not only have I coached this long, but it’s all been in the same place,” Koeneke said. “I didn’t have any plans to grow somewhere else.”

The Joplin native discovered a passion for education while playing baseball at the University of Missouri. Koeneke and his wife-to-be Sara joined Hallsville as elementary teachers in 1975.

“I didn’t even know Hallsville existed probably at the time,” Koeneke said. “But thankfully, things fell into place, and since then, this is where we’ve been.”

Koeneke said he use the game of baseball as a “vehicle” for education. He hopes the sport provides an opportunity to teach respect and decision-making through consistent practice and game approaches.

“If you’re around baseball enough, there’s numerous opportunities, both in practice and in games, to correlate a situation on the baseball diamond to a life situation,” assistant coach Chris Asburn said. “At the end of the day, we’re not here to win at the expense of teaching life lessons.”

As a result, Hallsville has promoted at least one player to college baseball nearly every year since Koeneke arrived. His guidance has also given players an opportunity to acquire skills and leadership roles outside of baseball.

“He was my bus driver in kindergarten, and he really saw me as a leader back then.” Hallsville senior Alex Wimer said. “He would put kids who had problems in my seat so I can mentor them a little bit. Now he looks as me as a captain, and a leader for the team as well.”

Although Koeneke retired from teaching in 2008, his identity with the Hallsville community remains constant.

“If you come out here on a spring afternoon, the one thing that sets Hallsville apart is that bellowing voice that is nobody but Coach Koeneke’s,” Asburn said. “It’s been here for 42 years, and when you walk up to that baseball diamond, you know that’s Coach Koeneke.”

While Koeneke is uncertain how much longer he will coach, he hopes to keep his position as long as he is making an impact on his player’s lives.

“I don’t have a number of years or a number of games or a number of wins, it's as long as I feel like I'm being effective.” Koeneke said. “I know it won’t continue forever, but I’m not going to say I know when.”

For now, Koeneke is focused on the 2018 season. The Hallsville Indians carry a 2-0 record into mid-March.