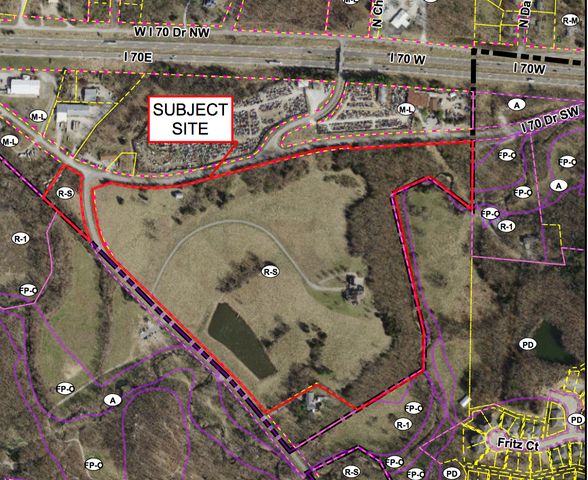 COLUMBIA - The Columbia City Council is debating proposal for a new humane society, fire station and dog park on a 47-acre plot of land along Highway 70.

The large plot of land was donated to the city in March 2017 by Larry and Brenda Potterfield. The land features a home that was appraised at more than $1 million.

Tim Teddy, Community Development Director of Columbia, said the city owns the unlivable, vacant house, and may destroy it.

“The walls and floors were taken out, and it’s not occupiable conditions to live,” Teddy said.

One concern to the development is a $600,000 water main that would be necessary for the proposed site. Second Ward councilmember Michael Trapp said the humane society will cover its portion of the water main.

The current proposal with the shelter and station will take up 25 total acres, while an excess of 22 acres for other uses.

The Columbia Humane Society is located on three acres of land off of Big Bear Boulevard, and has been since 1973.

“The humane society doesn’t just operate their building for their own programming, but they also house the city and the county’s animal control, and they are also in partnership with University of Missouri’s Veterinary clinic,” Trapp said.

Columbia’s fire training academy is also located off of Big Bear and was built in 1976. The academy would expand and absorb the land left by the humane society. The new fire and EMT station would take up 3.5 acres of the Potterfield land.

Trapp said the location of the proposed fire station is crucial.

“The folks who live in far northwest of Columbia, they have the slowest response times of anyone in the city for fire service,” Trapp said. We would get much better service times with a fire station there.”

The dog park would account for more than six acres of the land; Four acres for large dogs and two acres for smaller dogs.

“A dog park would be a great amenity to expand Strawn Park,” Trapp said.

Trapp said the council is hoping to have a decision by the end of March.