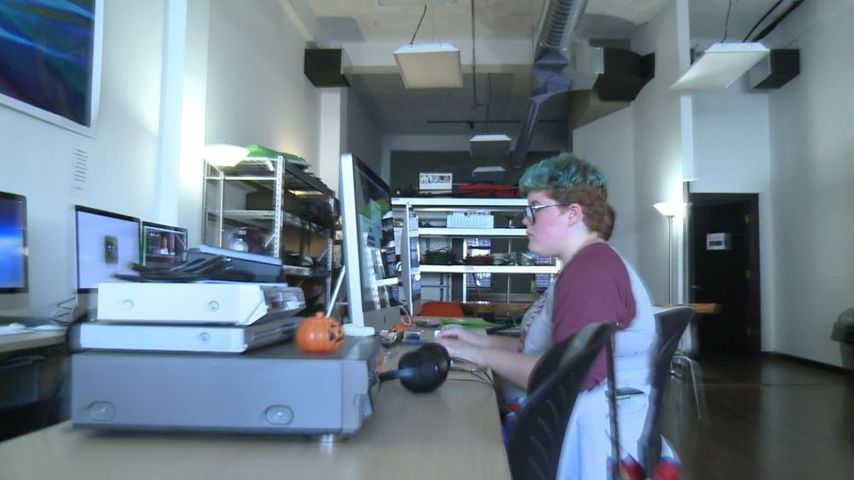 COLUMBIA - 48 hours to make one film is the challenge for Columbia filmmakers this week.

"We are hosting a 48 hour film competition. It's in conjunction with citizen Jane Film Festival people will come in the teams will come this evening at 5 o'clock, and we will randomly draw an item, a line of dialogue, and a genre," said Sean Brown, Managing Director of Columbia Access Television.

The competition kicked off Thursday, at Columbia Access Television (CAT) downtown where teams met to hear the announcement of what must be included in their film.

They drew horror as the genre, a chain as the prop, and the line "No more rhymes now, I mean it".

Brown said there are currently about six teams registered, but there is still time.

"If people don't show up tonight, they don't have to be registered by 5 o'clock tonight as long as they show up by 6 o'clock on Saturday with their film and money to register than they are good to go," Brown said.

The registration fee is $20, and prizes will be offered to the winners.

"There will be a judges' or critics' choice award, and that is a trophy and some CAT swag like t-shirts and stickers and glasses and things like that and that's more of a bragging rights kind of deal is the way we look at it," Brown said. "Then there will be an audience participation or audience award, and that's where winners can win a True False pass, and we have several certificates they can win."