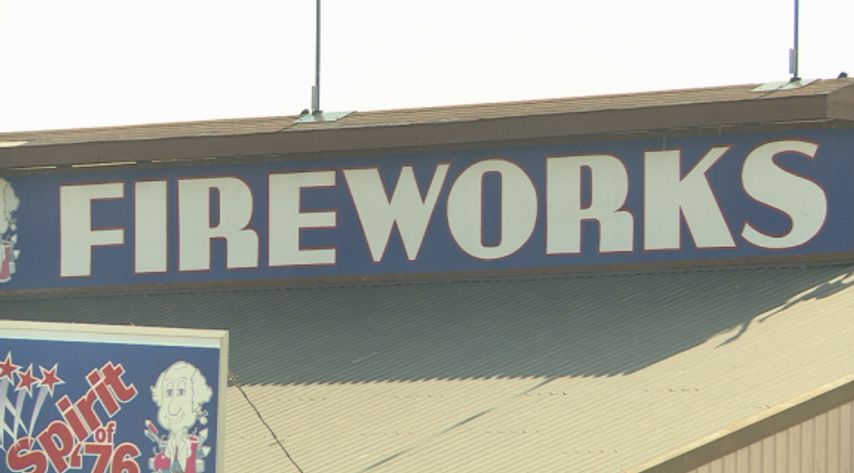 COLUMBIA - The City of Columbia tweeted in its page a reminder for Columbia residents that shooting fireworks is not permitted within city limits.

Many cities enforce firework ordinances because of safety concerns. The misuse of fireworks by unexperienced people can cause fires, injuries and economic damage. According to a Columbia press release, in 2009, 18,000 firework-related fires were reported nationwide. The nation's emergency rooms treated about 8,800 firework-related injuries.

The present version of city ordinance section 16-234 makes setting off any firecracker, torpedo, bomb, rocket, pinwheel, fire balloon, Roman candles or any other firecracker or fire works other than a sparkler a misdemeanor. The person may also be charged up to a thousand dollars, spend a year in prison, or both.

Each day the violation continues, or the action is repeated by the same person, each charge is considered a separate offense.

The City of Columbia tweet showed a picture with the message:

"Every person who shall possess, use, burn, explode or set off any firecracker, torpedo, bomb, rocket, pinwheel, fire balloon, Roman candles or any other firecracker or fire works other than a sparkler within the city shall be deemed guilty of a misdemeanor."

The same image is being used as banners outside fire stations throughout town.

The City of Columbia hosts the 4th of July Fire in the Sky every year. The event is free to the public with food, entertainment, and a twenty minute firework show at 9:15 p.m. The event will take place at Peace Park and Flat Branch Park.

"Well, this is a great way for the community to celebrate independence day. And everybody comes together and has a great time. We have things for all ages," Karen Chandler, Columbia Parks & Recreation Department recreation and community programs superintendent, said."There is a lot of things for kids to do. You can enjoy lots of great food trucks. We have just about every food truck in Columbia. They will be divided between Flat Branch and Peace Park. So, enjoy some great food, some great music, kid activities and a great firework show."

The City of Columbia provides safety tips on how to safely handle fireworks: