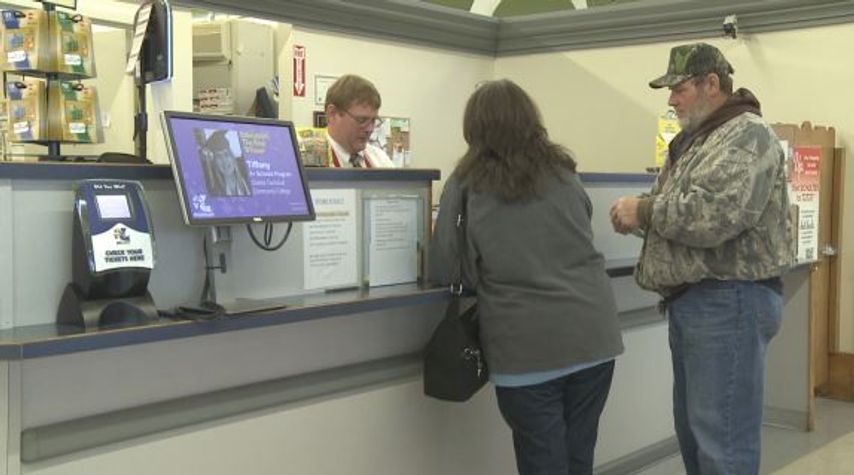 JEFFERSON CITY - The $500 million Powerball drawing was scheduled for 10 p.m. central time Wednesday night. Mid-Missourians had until 8:59 p.m. to purchase a ticket to be eligable for the big prize.

Kelly Lindesmith, a Jefferson City resident, said she had already bought six tickets and planned to buy some more before Wednesday night's drawing.

"Oh, it's a big thrill right now with it being so high," Lindesmith said. "And just to be able to... the people wanting to win it, I think it's everywhere right now."

Lindesmith said if she won the lottery, she would donate money to the Humane Society and to cancer prevention. She also said she'd take a vacation, buy a house somewhere, buy some cars, and help her family pay out some student debt. However, she would still keep her job.

Gary Gonder, the Chief Operations Officer of Missouri Loterry, said, thanks to sales, this is the fourth largest Powerball in history.

"We're excited," Gonder said. "Hopefully, somebody in Missouri will take that big jackpot."

"Of course, the big carrot is the big jackpot," Gonder said.

Gonder thought a lot of people forget that the second prize of matching five numbers is $1 million, and just matching the Powerball number is $4.

"A player tonight, especially if they don't typically play Powerball, they need to make sure that they sign the back of that ticket. They need to keep it in a safe place. And, they need to check those numbers, because there's more ways to win than just the big jackpot. So, if you don't match them all, don't give up."

Gonder said you can go to molottery.com to figure out how many numbers you match.

Gonder also said he hopes winner(s) will take time before coming in to claim their prize.

Gonder said money from the lottery goes to public education, and also A+ programs.

"Of every dollar that's spent on the lottery, roughly 25 cents of that is profit, which is a pretty big deal, because most companies don't make a 25 percent profit margin. And, so, 100 percent of that money goes to public education, and it has since 1992. Then, of course, it's the legislature's job in order to appropriate that."

Missouri is second in the nation with Powerball jackpot winners with 31, behind only Indiana. Gonder believed Indiana has had 38 winners.

Combined, Missouri has won $2.2 billion, and that's just from the total of the top prize winners on Powerball.

"We've been pretty lucky," Gonder said. "Where the winners are is totally random, so we have been lucky. We've just been lucky."