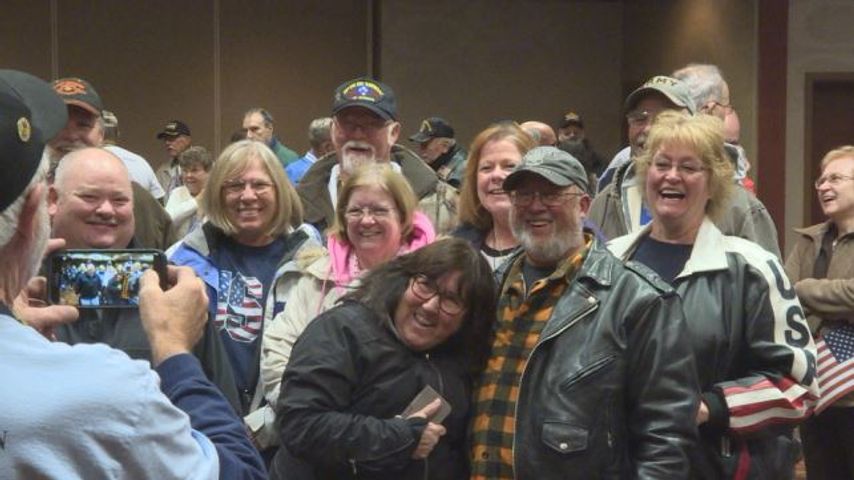 COLUMBIA - Veterans aboard the 50th Central Missouri Honor Flight were welcomed home from their trip to Washington D.C. with a Walk of Honor on Tuesday night.

The trip brought 108 veterans from World War II, and the Korean and Vietnam Wars to Washington for a day to visit memorials and honor their service.

On the group's drive back, a group of motorcyclists known as Honor Flight Riders joined the route and escorted veterans back home. They were also welcomed by fireworks on the last stretch of Interstate 70.

Vietnam War veteran David Larimore, who served in the Marines from 1960-1964, said he really appreciated the work done by the group.

"It really made me feel like I was worth something being in the military and serving for this country," he said.

Larimore said he talked with many veterans on the trip who come from various parts of the state.

Since 2009, Central Missouri Honor Flight has brought around 3,300 veterans to Washington, and the group has more than 500 veterans on the waiting list to visit. More than $3 million has been raised so the trip is free to veterans.

The group's next flight will take place in April. It invites non-veterans to donate to their non-profit so other veterans have the opportunity to make the trip.