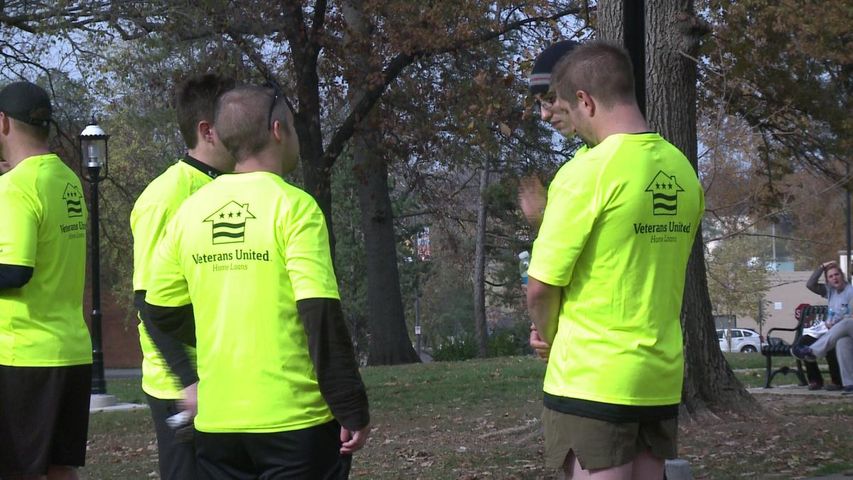 COLUMBIA - The University of Missouri ROTC from the Army, Navy and Air Force came together to host the second annual Wounded Warrior run throughout downtown Columbia today. The entire event raised more than $3,000 for the Wounded Warriors fund.

Event organizers said that they had 180 people sign up beforehand for the race and had 40 people sign up at the event. The race was spread out through downtown and was anchored at Peace Park. The Army ROTC was mainly responsible for setup of today's event and a large group of runners from the Missouri Military Academy in Mexico participated in the event.

Today's Wounded Warrior run kicks off Mizzou Veterans Week which culminates on Veterans Day on November 12. Events for this week include parades, blood drives and the inaugural induction of University of Missouri military leaders into a new Hall of Fame at Crowder Hall.