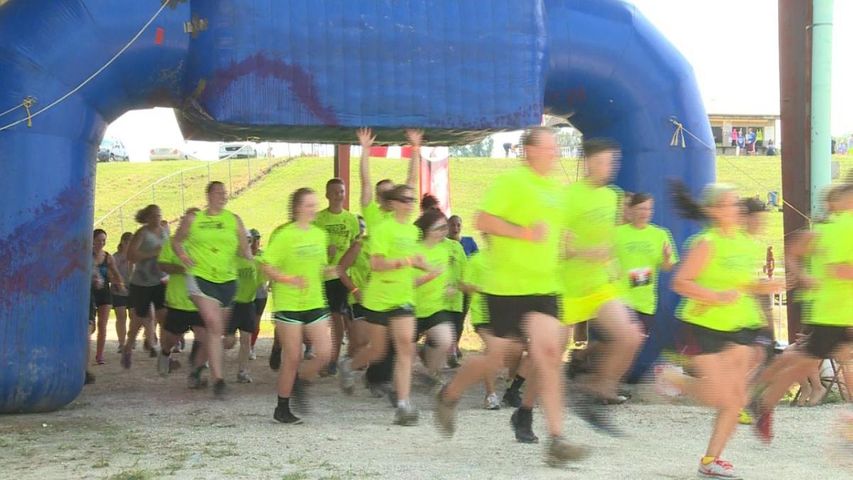 For 2015, there are 647 5K races registered throughout Missouri on Running USA.

Running USA reports in 2014 more than 8.3 million runners finished 5Ks throughout the nation.

According to Running USA, 5Ks make up over half of running events throughout the nation.

Harshbarger said running used to be a primarily male-driven and solitary activity that focused on long distances, but now has taken on a less intimidating persona.

Harshbarger said while the sport will always be competitive it has become more of a social activity which makes running not so intimidating.

"I think it's just getting everyone together in a group. It's a large group activity, and you just wave to the people you pass as your jogging along, and it's fun to get out and do things outside," said one 5K participant, Sarah Hall.

Hall has participated in two mud runs in the mid-Missouri area and multiple Head for the Cure 5Ks, but she doesn't describe herself as a runner.

Hall isn't alone in not sprinting through the 5K races.

A 2014 State of the Sport article reports 60 percent of The Color Run's entrants have never ran a 5K before.

MU Exercise Physiology professor Jill Kanaley said the distance of the 5K allows people of all physical abilities to get involved.

"It's a doable distance, you know, somebody who is just getting into physical activity can say, ‘you know what I can use that as a benchmark, I can go and do that,'" Kanaley said.

While the lack of intimidation in 5Ks is attracting runners, Kanaley said it's the social aspect that is keeping people participating.

"That's what keeps people working out is if its fun. If it's not fun, you're going to stop doing it. I don't care what the activity is," Kanaley said.

The increase of non-traditional running events, like The Color Run or mud runs, is making the event even more open to new participants by catering to an experience.

"They've got to take that first step, so we try to create it nice and fun and a family event and from there they keep on progressing, ‘oh I think I can go 6-miles today, or I could try this' and so that's what we're seeing with a lot of the athletes," said Chrissie Campbell the event director for Ultramax Sports' Epic Mud Run.

Campbell said while her yearly 5K attracts both competitors and beginners, the group likes to focus on beginners to help promote fitness.

With 44 5K events registered on Running USA in Columbia alone for 2015, the challenge for race directors is to make their race stand out.

Harshbarger said races are going to have to really stand out to stay relevant.

Cheryl Unterschutz, the council director for Heart of Missouri Girls on the Run, has experienced problems in attracting the community to the program's bi-yearly runs.

"Often we experience there are a lot of 5Ks happening in Columbia, it's a very popular activity, and sometimes we have to schedule our 5K in relation to school dates," Unterschutz said.

This year Unterschutz said the group that has something very different planned to gain community supports.

But Unterschutz also said by getting the word about what the event benefits, she also hopes to help increase community participation.

While currently 5Ks are dominating in numbers for running events, Harshbarger said the level of growth in the sport is unsustainable and expects a downturn.

Kanaley also finds the popularity of the races to be something that is temporary.

"A lot of activities in sports or exercise come and go, so something's really popular for five or ten years, and then it disappears. And I think 10Ks started to wane, and now 5Ks are coming back," Kanaley said.