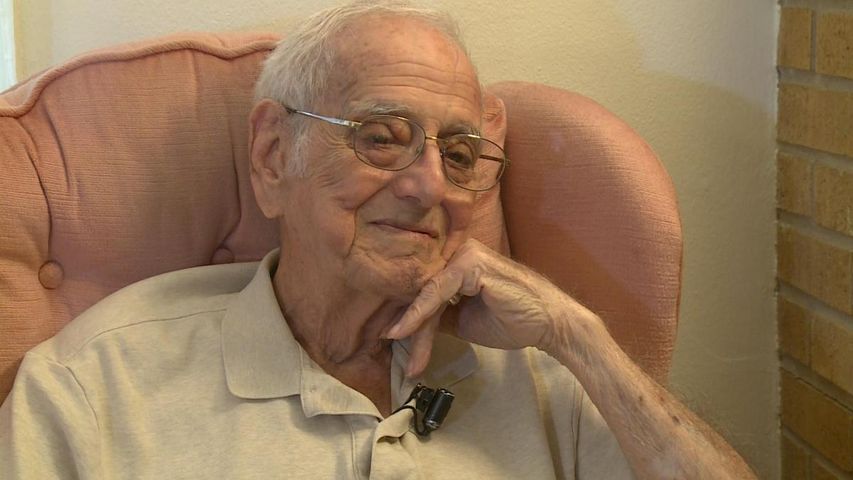 JEFFERSON CITY - Major John Sullivan was in his early twenties when the Allied forces celebrated its victory over Nazi Germany and its European allies.

"All of the base celebrated of course, of course it didn't take much to get a celebration started," Sullivan said.

Sullivan had returned to the United States after 35 missions and was stationed at a military base in Texas when he heard the news.

On his second to last mission before returning home, he remembers his bomber came under enemy fire and had to rapidly descend to ensure they could get oxygen. He said his crew is lucky they all survived.

"You were always scared, you're just too scared to show it." Sullivan said.

Sullivan was born and raised in Jefferson City and met his wife at the local roller skating rink the summer before he decided to join the Army Air Corps. They have now been married for 70 years and have settled back down just blocks from where Sullivan was born.

Last year Sullivan was awarded the Legion of Honor from France and was presented the award by Gov. Jay Nixon.

The Legion of Honor award, created by Napoleon Bonaparte, is the highest award people can receive for military service in France.

After retiring from the service, Sullivan worked as an electrician. He now enjoys spending time with his three children and grandchildren.