Citizens Experience A Night Behind Bars 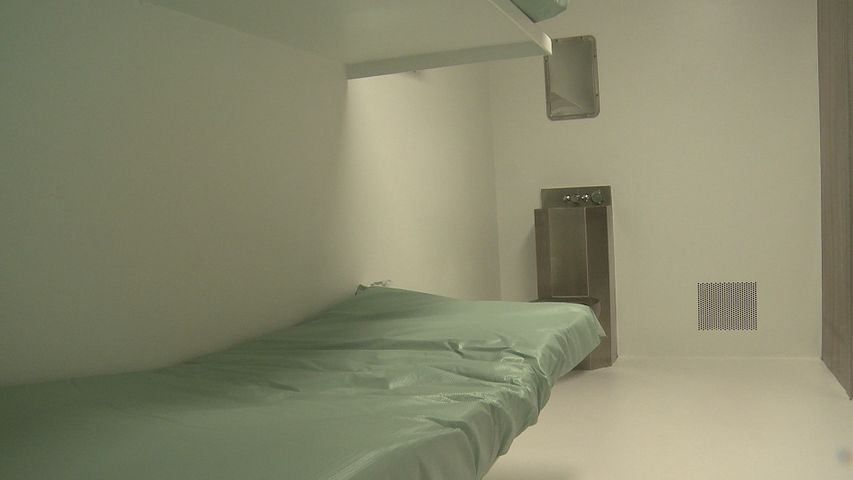 JEFFERSON CITY - It's bed, breakfast, and bars in the state capital as about 90 people became the first "residents" of the new Cole County Jail Friday night, but they all got "released" the next morning.

The new Cole County Jail offered an overnight visit opportunity for people interested in what it's really like behind bars. The $30 visit offers two meals, one bed, a mug shot, a tour and a T-shirt.

Kate Leskee from Columbia was very excited about the visit. "It's something you don't get to do everyday. I hope it's my first and last time in jail. So I though it would be an unique experience to tell my friends about it," Leskee said.

People came fully equipped, even with pillows, but soon they had to accept the strict rules in jail. No cellphones, cameras, or other electrical devices were allowed. Some ladies weren't able to keep their jewelry.

"I have taken off all my jewelry, and divasted myself with everything but my toothbrush. I am feeling a little naked right now, even though I have clothes on. " said Harlin McPheeters.

The check-in process was modified, which means no fingerprinting. But people did go through questions about health issue. Either one or two people stayed in a cell. Each person gets a blanket, a sheet, and a roll of toilet paper.

"It's not my first choice, but it's not terrible," said Leskee.

When visitors left the jail Saturday morning, they all got T-shirts that read "BED, BREAKFAST AND BAR. I spent the night at the COLE COUNTY JAIL".

"It's nice to see the workings of [the jail], and makes me feel safe as a citizen in Cole County," said Rob Hamilton from Jefferson City.

The Cole County Sheriff Department arranged another visiting opportunity for Saturday, July 16. After that, the inmates will be moving in.

All proceeds from the visits will be split half and half between the United Way and the sheriff's office.