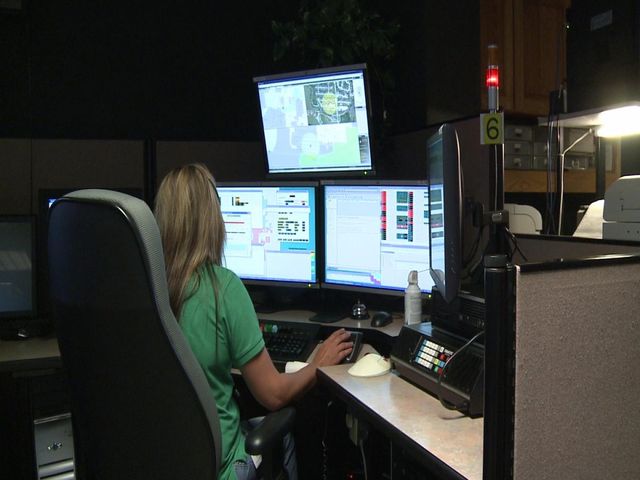 COLUMBIA - In an emergency, they are usually the first people you talk to -- the voices behind the scenes and the voices on the other end of the phone. And this week is dedicated to them.

It is National Public Safety Telecommunicator's Week, which means a time to sing the praises of key people in public safety.  And although it isn't a medal of honor, it still "feels good," Chuck Matalski said Tuesday.  Matalski has been working for Columbia/Boone County Public Safety Joint Communications (PSJC) for 31 years now.  As the day supervisor, he makes sure that everything runs smoothly.

911 Emergency Telecommunicators receive training and certification through the National Academies of Emergency Dispatch and Missouri State Highway Patrol before handling 911 calls. They also receive continual training throughout the year, but not all training can prepare employees for certain traumatic phone calls.

"We aren't just typists," said Beth Taylor, a local telecommunicator.  According to Taylor, the job can be very stressful, and some days are harder than others, but, "our job is to be the calm voice on the other side and get the people the help they need," she said.

A recent study from Northern Illinois University suggests that dispatchers are at risk of developing post-traumatic stress disorder (PTSD).  PTSD is an anxiety disorder that can lead to flashbacks, nightmares, confusion and depression.

Although the job is stressful -- some calls may be alarming -- both Matalski and Taylor said they have learned to cope in their own ways.  For Matalski, it is taking a long walk. And Taylor said she steps outside to take a breather when things get to be too much at work and relies on family at home.

The PSJC Emergency Telecommunicators received almost 73,000 911 emergency calls and handled more than 325,000 phone interactions in 2011.  Employees who work at the 911 Operations Center not only answer calls from other civilians, but they dispatch a variety of information to:

So it is safe to say, their phones ring off the hook.  And although these employees aren't the ones with the guns and hoses, they are the start to bringing safety to the public.