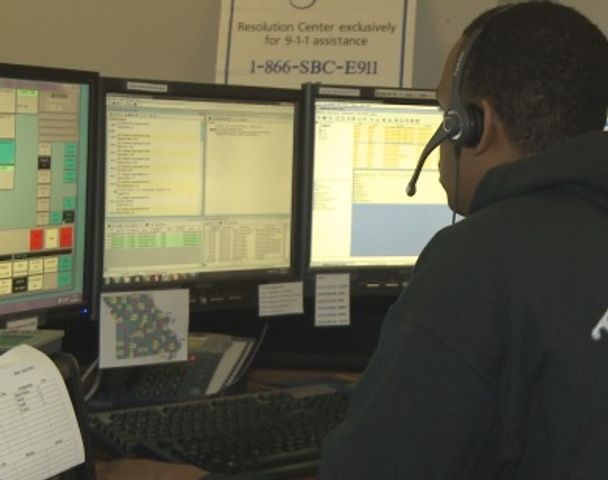 FULTON - Callaway County Joint Communications is still investigating what caused its 911 phone lines to go down April 13 during a routine generator test.

"It was our backup system that caused the malfunction and only due to a test," Callaway County Presiding Commissioner Gary Jungermann said.

Jungermann said that they still have not zeroed in on why the outage occurred, but the system is back up and running.

"We were just sitting there and the generator test kicked out and you could hear it kick on," shift supervisor Amber Gann said.

Gann said the outage did not have an effect on the way an emergency situation was handled. After Gann saw that all the phones were out, she flipped a switch to transfer all incoming 911 calls to neighboring Audrain County. This switch is part of Callaway's written protocol for an equipment failure in their phone system.

During the switch, Jungermann said Audrain County answers incoming 911 calls from Callaway. Audrain radios back to Callaway with the call description and Callaway gets on their radio to send out the appropriate personnel.

"There is a time lapse, but it's better than having nothing," he said.

Gann said there was some miscommunication in getting the word out about the outage and the switch to some of the local emergency departments. In some cases, employees within departments were alerted to the outage, while department heads were not contacted.

"We were just contacting people whose information we have in our cell phones," she said.

"In general, I don't think it was handled terribly," Jungermman said of the outage. "Should we have done things differently? Yes, maybe the press should have been notified."

He said they were worried that alerting the public would cause alarm.

Jungermann said that they have learned from the outage and are looking to create a more in-depth policy for these situations.

Angela Stiefermann is a Cole County Communications Supervisor at the 911 Center in Jefferson City. She said that if an outage happens and there is no written policy to fall back on, it can lead to a chaotic situation.

"When something like that happens, if you don't have it written and practice it, and do exercises and training on it, then it lends to more of a panic and a worry," she said.

Though written protocol helps in chaotic situations, Stiefermann said it is important that each member of joint communications is prepared to deal with any situation.

"You're dealing with technology and you're dealing with humans and we are, I would probably speak for the neighboring counties as well, very well trained and have to be able to deviate for different situations," she said. "You just cannot write a policy for every possible circumstance."