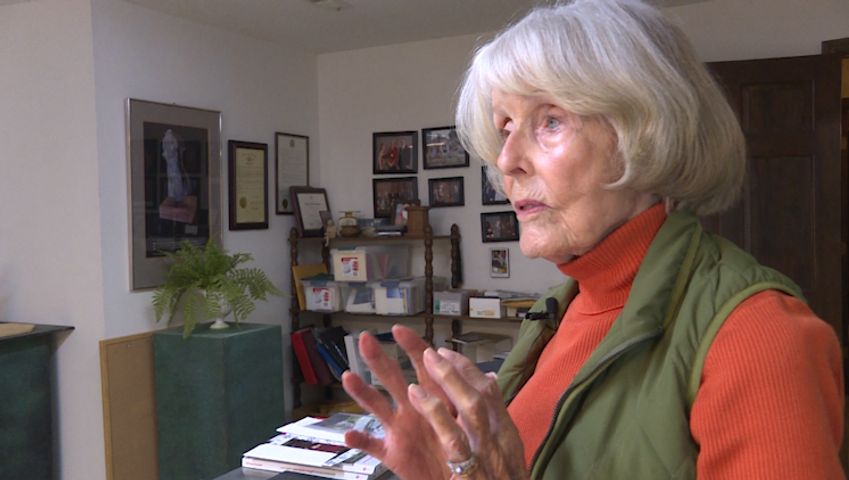 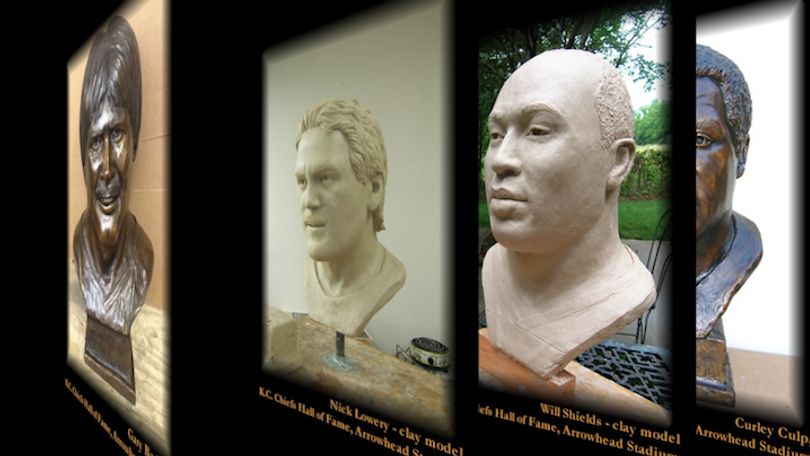 "I think I've done 10 of the busts in the dome of the capitol," Meyer said.

That goes double if you're a Chiefs fan. Meyer has commissioned numerous busts of Chiefs players and personnel.

"I created a bust of Lamar Hunt for the Missouri Hall of fame," Meyer said.

Nearing age 93, Meyer has been making sculptures for the better part of the last 50 years. Meyer attests making the bust of Lamar Hunt to giving her more opportunities with the team.

"Clark Hunt came to the dedication of his father's bust, so he was aware that I was a sculptor and made busts," she said.

Since then, Meyer has made busts for Curley Culp, Kevin Ross, Coach Marty Schottenheimer, Will Shield, Gary Barbaro and Priest Holmes. They're all on display at Arrowhead Stadium as part of the team's Hall of Honor.

Meyer was born and raised in Columbia. She went to Hickman High School, then earned her undergraduate degree from the University of Missouri in 1949.

She moved with her husband to Kansas City, then to Dallas in 1961. She settled back in Columbia in 1967, just a few years after the Chiefs relocated to Missouri from Dallas.

In 1970, the Chiefs made their second Super Bowl appearance, defeating the Minnesota Vikings.

"My husband went to that game," Meyer said.

50 years later, the Chiefs are back in the Super Bowl for the first time since. And you can bet Meyer will be watching.

"I keep my fingers crossed and I hope they win this Sunday," Meyer said.

If the Chiefs can pull it off, Meyer is ready to celebrate.

"I'll probably have a glass of wine with my daughter," Meyer said.

Meyer still makes busts and statues, and she hopes to have the chance to make one for one person in particular.

"I would love to have a chance to do Andy Reid," Meyer said. "There's something about his face that I just think he would be a really interesting subject."