A Big Kid with Bigger Dreams 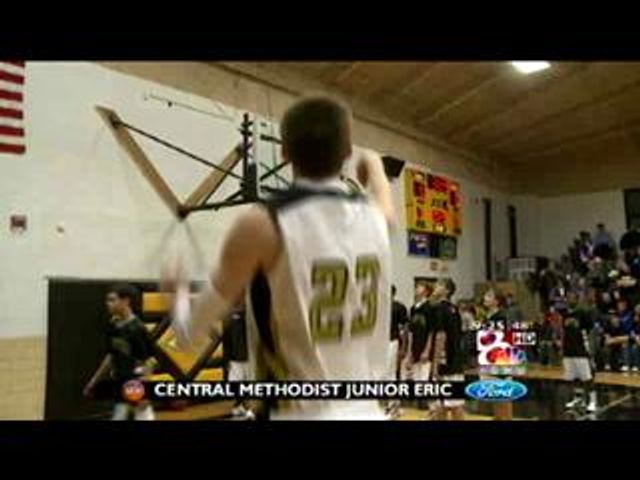 FAYETTE, MO -- Bruce Marshall is a 6'10" baller, but when his coach first saw him as a freshman, he had some doubts about him. Marshall has impressed many people including Fayette coach Chris Kendrick who speaks highly of him.

"You've got coaches and AD saying this kid could be a pretty special player, and he's scrony, skinny little 6'1" kid and you're like ok but then you see him shoot and you understand that he has the potential to be a spot up shooter,"  said Kendrick

Marshall's growth has definitely affected his game as senior guard Roshawn Wilson says, "one summer he came back, he was 6'4", the next he was 6'8", and he's 6'10". I don't know where it came from."

The height was a result of his mom and dad who are both former athletes. Mom's 6 feet and Dad's 6'7". Bruce's Mom, Debra Marshall always knew her son would be tall.

They also knew they wanted Bruce to play basketball in high school and beyond. Bruce felt the same way his parents did.

Bruce said, "I remember playing organized basketball in kindergarten and from that point it's just been everyday for the past 12 years."

Balling everyday for the past 12 years, well it got him scholarship offers to play not only for Missouri State but also for schools like Air force and Drake, which at the time was bit overwhelming. Recruiting trips gave Bruce a sense of what he would be up against in the future.

"I remember going to Lousiville and having Bill Self and Tom Izzo walking out of the same door, and you just get really scared. It becomes really real at that point," said Bruce.

Those offers came two summers ago, now Bruce is averaging 30 points, 12 rebounds and nearly 7 blocks a game for Fayette and he's headed to Missouri State in the fall, but his basketball career won't end there.

His parents feel that Bruce will always have basketball in his life.

"His whole goal is to be part of the basketball world the rest of his life, somehow, whether as a player or a coach," Debra said.