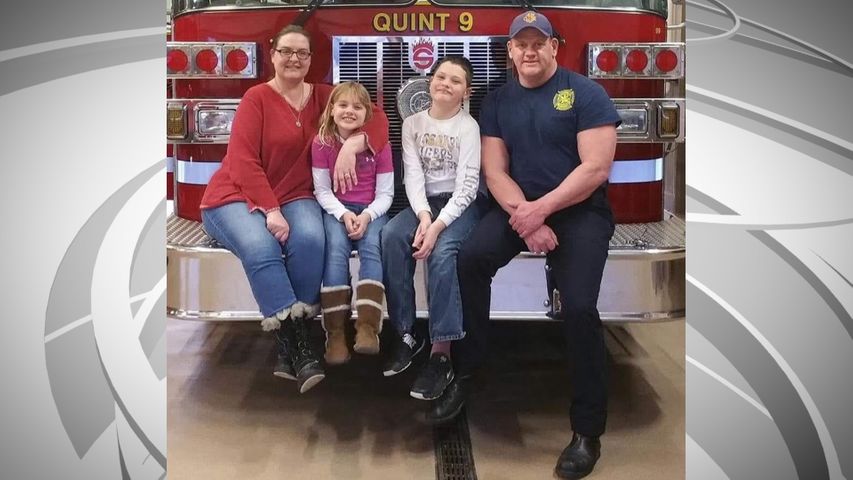 COLUMBIA -- A 2016 survey by the International Association of Firefighters with NBC News estimates more than 20 percent of firefighters have post-traumatic stress disorder. Those rates are similar to combat veterans. In contrast, the National Center for PTSD says 8 percent of the general population experiences it.

The American Psychiatric Association defines post-traumatic stress disorder as "a psychiatric disorder that may occur in people who have experienced or witnessed a traumatic event such as a natural disaster, a serious accident, a terrorist act, war/combat, or rape or who have been threatened with death, sexual violence or serious injury."

In 2016, the IAFF asked 7,000 firefighters if they’ve ever experienced critical stress on the job, roughly 95 percent said yes.

“This is real world. We're real. We don't put on capes. We get on trucks. We put on gear. We fight fire,” said Spry.

As an engineer for the Columbia Fire Department, Spry has been fighting fires in the area for more than 25 years. His career, right from the beginning, exposed him to unimaginable stress.

“I was fresh on May of ‘95 when I joined the fire district, and in December, I'm pronouncing a friend of mine from high school dead on a roadside right before Christmas. And it's that kind of stuff that happens.”

“I mean, people are like, that's just the military that’s supposed to have PTSD, not first responders. You know, you kind of feel bad when you get told you're diagnosed with it. Right? But then you start thinking about everything you've seen through the years and things you've witnessed, you know, good and bad.”

Doctors diagnosed Spry with PTSD in 2016. He credits his family with sticking by him and giving him the push he needed to seek help.

“My son and my daughter mean everything to me, and my wife has stood beside me through thick and thin. And there was a time that, you know, it seemed like... I just wanted to party. I didn't want to grow up, you know, and I was, I was masking things through my actions.”

The city of Columbia has a program that Spry said helped him immensely.

A member of the Columbia Professional Firefighters union, Michael Holz said, “The city has Employee assistance programs in place and all organizations are working together to improve the current services and blend peer support teams to increase support.”

On the national level, the IAFF has made a lot of changes to how it handles mental health. In the last five years, the IAFF created 6,000 peer support networks. Members can reach out to others who have stood in their boots.

The IAFF also opened The IAFF Center of Excellence for Behavioral Health Treatment and Recovery in Maryland in 2017. More than 1,400 firefighters have graduated from the center since it opened. It’s designed to help the helpers.

Spry’s big plea is for people to hear his story and recognize there is strength in honesty.

“This is the greatest job you could ever ask for. It serves your community. It's the camaraderie, it's the brotherhood, people around you, getting on those trucks and going to help somebody and working together as a crew or as companies on a large fire scene. There's nothing like it. But if your mind is not right, and you go to a big situation and you lock up -- are you doing them any good?”

If you or a loved one is experiencing post-traumatic stress disorder, you can contact these resources:

Vet2Vet: Veteran's Crisis Hotline is designed specifically with veterans in mind. You can call 1-877-VET2VET (838-2838) for more information.

If you're experiencing a suicidal crisis, you can call the National Suicide Prevention Lifeline at 800-273-8255 or text the Crisis Text Line by texting HOME to 741741 to get help.