A busy weekend at Lake of the Ozarks; Boaters "really need to be aware" 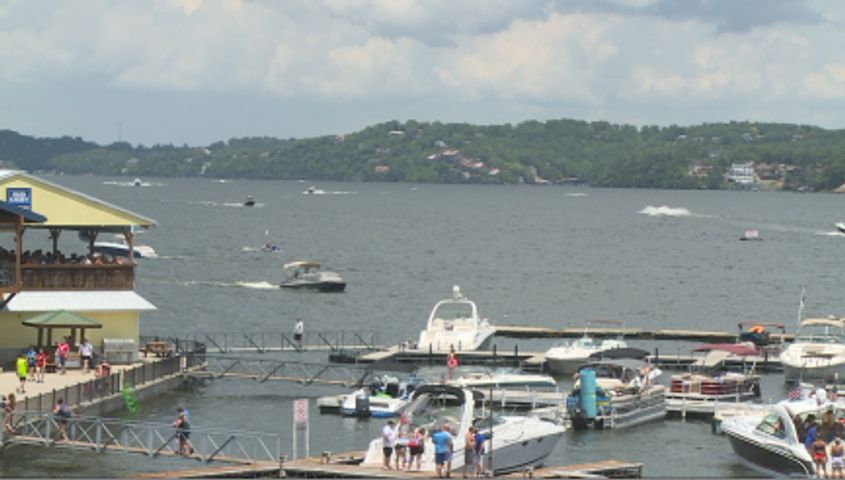 LAKE OF THE OZARKS - This Fourth of July holiday weekend is bringing people to the lake but one thing everyone needs to keep in mind is safety.

John Knightly is visiting the lake this weekend from Kansas had been on the water and said it was packed and a pretty rough already. His message to boaters is to be aware on the water.

"Watch out for other boaters, don't drink and boat," he said, "everyone just needs to be courteous."

Knightly witnessed Wednesday night's boat crash at mile marker 28 and said that scared them and is why people need to pay attention. He said people have been in and out of the cove to check out the damage.

"Hopefully, they're getting the message that drinking and boating don't mix." Knightly said.

Amanda Pike works on the lake and has watched people pack the lake.

"Its gotten a lot busier this morning. I drove across the bridge and there were tons of boats everywhere" she said.

Her hope for people celebrating this weekend is that everyone makes better decisions following incidents the lake has seen the past week.

"Have a DD, don't drink and drive," Pike said, "just be safe and smart about everything especially at night."

Jeff Winters has been sitting on his dock as passers by come look at Wednesday nights wreck. He hopes people be aware in the water and also stay safe in the heat.

"Have fun but also its hot so stay hydrated," said Winters.