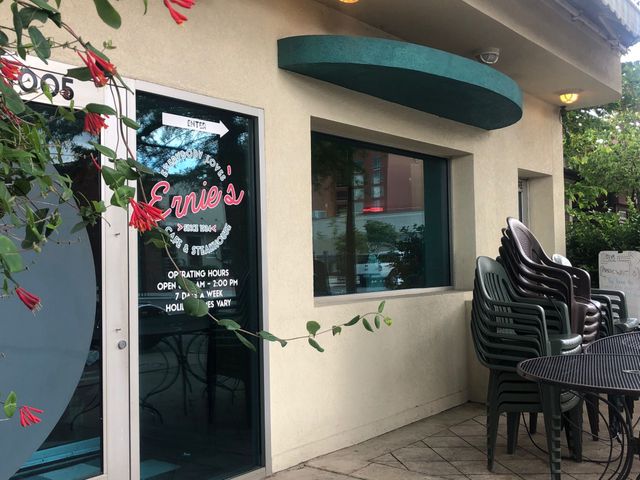 COLUMBIA - Columbia staple, Ernie's Cafe & Steakhouse is finally able to open doors to customers after closing down for 10 weeks because of COVID-19.

"You have a bit of fear of what it's going to bring and, as I said, it's given us an opportunity to reevaluate our business," Ernie's Cafe & Steakhouse owner, Tom Spurling said. "We're in a good position because we've been here 24 years and we've got a really good crew."

Ernie's has been a downtown hotspot for 86 years so having to shut its doors to avid diner-goers was a tough, but necessary choice. Spurling said one problem he and the staff had to work around was menus.

"Menus are dirty, we try to keep them clean, but menus are dirty," Spurling said. "So, we've got a new QR system and it's going to be on the table and at the front door. So, we estimate that probably about 90% of our customers are going to have iPhones and be able to use that system and our menu will come up on their phone. So, there will be no need to touch any menu at any time."

Spurling said they will keep a supply of clean menus available for customers who don't have a smartphone or would prefer a menu. This is just one of the many precautions Ernie's has adopted to make safety the primary goal.

This opening is happening as the City of Columbia announced Tuesday, May 26, as the beginning of phase two. This phase will mean larger groups are allowed in social settings, child care centers can have up to 25 children and more customers are now allowed at personal care businesses.

Spurling said it was a choice to wait until phase two to open the doors back up.

But for Spurling, reopening means bringing back the opportunity to serve generations of loyal Ernie's customers.

"We love to see the faces come in here and starting their day with us," Spurling said. "We've missed that because that's part of what we do. We're gonna miss hugging some of our customers to begin with and we're going to miss some of the close contact. But as we ease back into this, the opportunity to just have face-to-face contact and be personable with our customers that have kept us in business for so long, it's something we're excited to see."

Ernie's has been closed for 10 weeks - no curbside pickup, no takeout - but with this grand reopening, Spurling said Ernie's will now offer curbside pickup for customers.