A Couple Shares a Sporting Passion 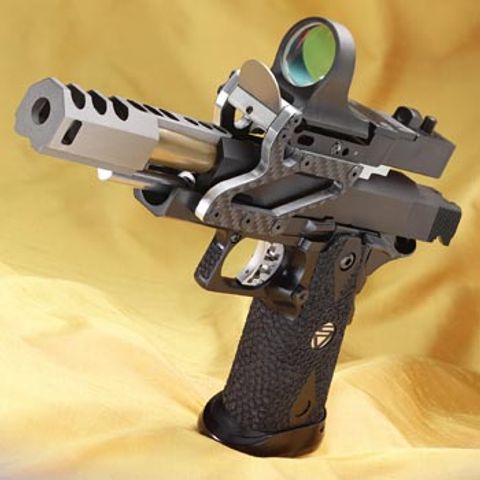 HALLSVILLE -- Helen Jeavons has a talent that many women do not. She shoots pistols...something she started because of her husband Grant.

"I would go to the competitions with him and do the stats work, or work on the ranges and help out any way I could that way," Helen said.
Helen started shooting competitively in 2004.

"Basically when Helen started shooting a lot of people that had seen her shoot had said to her that you've got something special. I could see it in her," her husband Grant.

And as a result Grant began coaching his wife.

"We're always together. He's either training me. We're either traveling to competitions, or home from competitions. He's my coach. He's my mentor," Helen said.

And Grant stresses that Helen has all the skills to succeed.

"There is really nothing that a guy can't do in shooting that a lady can't do as well. There is no physical attribute that's required. There's nothing to do with strength or anything like that because by in large 80 percent of the shooting is mental," Grant said.

And Helen's mental strength has lead to a lot of success. Helen finished first for the 2008 World Action Pistol Championship. She also finished second in the 2012 championship, and first in the 2012 team competition.

But who is better...coach or mentor?

"I'm a two time World Champ so you can take from that what you wish," Helen said.
"She always tells me that she's a World Champ and I'm not. Well there's a bit of competition I guess. Our scores are usually pretty close. They're not that far between them and if I have a bad day I get reminded about it all the way home," Grant said.