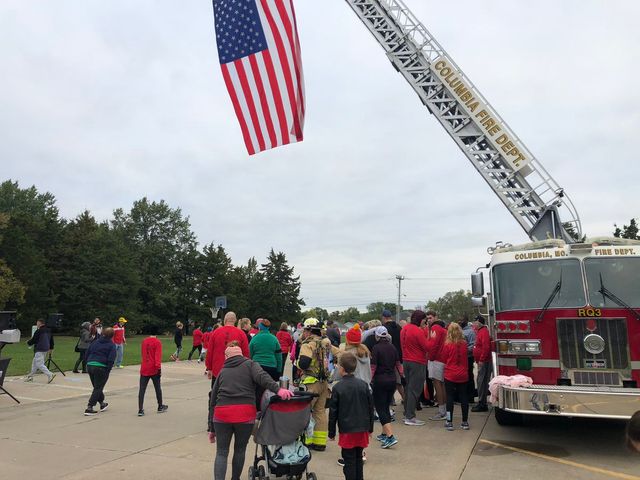 COLUMBIA - The first ever Marc’s Dash 5K and Fun Run was held Saturday to honor a fallen firefighter.

Community members gathered at CenterPoint Church in remembrance of Marc Wright, a Columbia firefighter whose battle with cancer ended January 2018.

The event is called “Marc’s Dash,” not just because it involves running, but because the dash marked between person's birth year and death year means so much. Organizers said it symbolized his life.

Many of Wright’s nieces and nephews ran in the race to honor him.

“I wanted to do this to get his name out there more and spread the cause that he was trying to spread," said Brandon Wilson, Wright’s nephew. "This is a serious epidemic—cancer in the firefighting community.”

“We always wish that he could be here with us today, we always talked about running with him today,” said Madison Wright, Wright’s niece.

Many of those who participated in the run were either a part of Wright's family or worked with him. Wright's father, Don Wright, described the relationship between firefighters as “brothers and sisters.”

The event was not designed to mourn the life of Wright, but instead to celebrate and honor the soldier.

Upon registering for the event, participants received a red T-shirt with Wright's picture on it.