A Different Kind of Sports Team 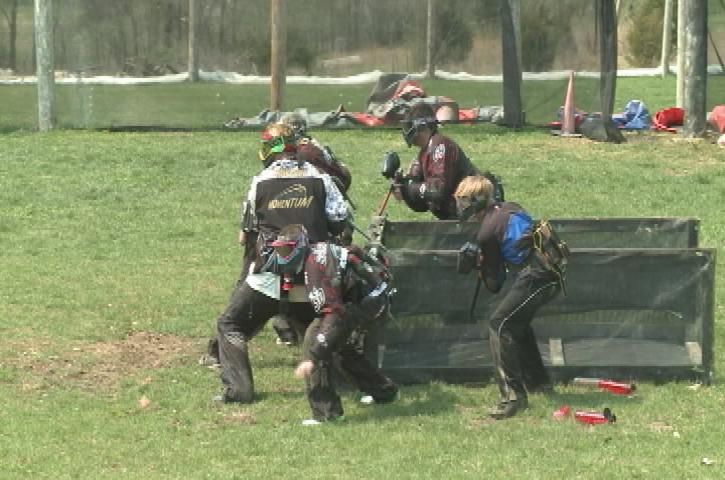 WENTZVILLE - Mid-Missouri has turned out some successful sports teams lately, but KOMU 8's Bianca Rae shows us one Mid-Missouri team hitting the competition in a way you might not expect.

"There's a real adrenaline rush to it. This is the fastest growing extreme sport in the world right now." says team owner Tim Watring. Fast growing and past paced, this paintball team's name? MOmentum.

What does it take to be a good paintballer? "You can't be scared to get hit." said one of the team's players.

To activate the gun you have to do three things. Turn on the hopper, turn on the air, then turn on the gun. And you're ready to shoot.

Five players, over sixteen thousand paintballs shot per match, one goal. And it's not just boys being boys. Heather Alton, the only girl player on the team said, "At first it was kind of difficult because I felt like I had to prove myself, but now it's a lot of fun..."

The wide range of ability on the team seems to be paying off. Tim Watring said, "We were in PSP, Paintball Sports Promotion, it was their opening event of the season in Texas and we played D4 X Ball and took third place in it. So at a national event, it was a pretty good finish for us."