A family hopes to bring smiles to children's hospital 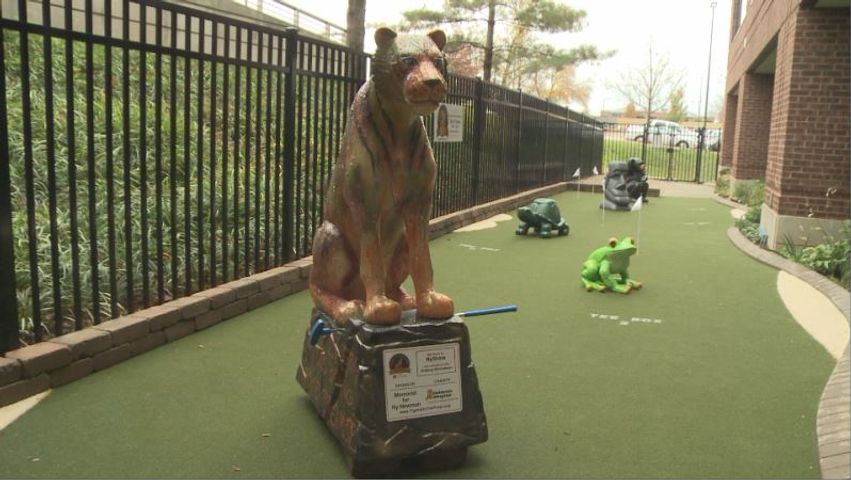 COLUMBIA – The Women’s and Children’s Hospital will bring more smiles for its patients.

Rylan Newman's family had a mini-golf course added to the hospital’s playground to remember his battle against cancer. The course took around one and a half years to build and cost $15,000. The Columbia Chamber of Commerce held a ribbon cutting ceremony on Friday.

Merideth Lehman, Child Life Coordinator at the Children’s Hospital, said the playground was a way for Newman’s parents to keep his memory alive.

“Rylan loved to be outside, and when he was here at the hospital, he wasn’t able to come outside a lot. They decided to help keep his memory alive. They wanted to do something for the hospital for the other kids and so they developed this mini-golf course,” he said.

The choice for having a mini-golf course was because it fit with the space and will allow the kids who are sick in the hospital to do an activity that won’t use a lot of physical energy.

Lehman said a tiger statue in the course holds a special memory of Rylan.

Lehman said she hopes the addition will continue to bring happy memories for the children at the hospital.

“Just a place for the kids to come, and get outside of the walls of a hospital because being in your room when you’re really sick, you need to be outside in the sunlight. So this gives them a place to go and something exciting to do,” she said.

Mark and Sharon Newman, Rylan’s parents, attended the event with Rylan’s brothers. His brothers delivered the first putt on the course.