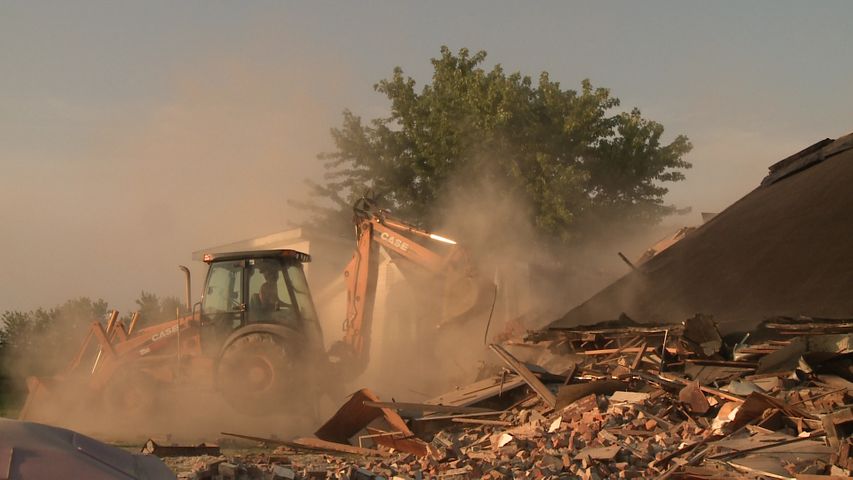 The Ancient, Free and Accepted Masons New Bloomfield Lodge No. 60 used the building as a meeting hall. Because the lodge does not meet in July or August, there was no one in the building when it collapsed, and no one was injured.

The building was a bank that closed in the Great Depression before it became a meeting hall.

Lodge member Almon Pearre said he saw the building at 3:30 p.m. and the west wall was starting to fall, and when he came back around 5 p.m., the building was destroyed.

Pearre is a life-long New Bloomfield resident, and he said he remembered the building back when it was a bank.  He said he was sad to see the building go both because of childhood memories, and because it was like a home to the lodge.