A local business helps fundraise for improvements in downtown Columbia 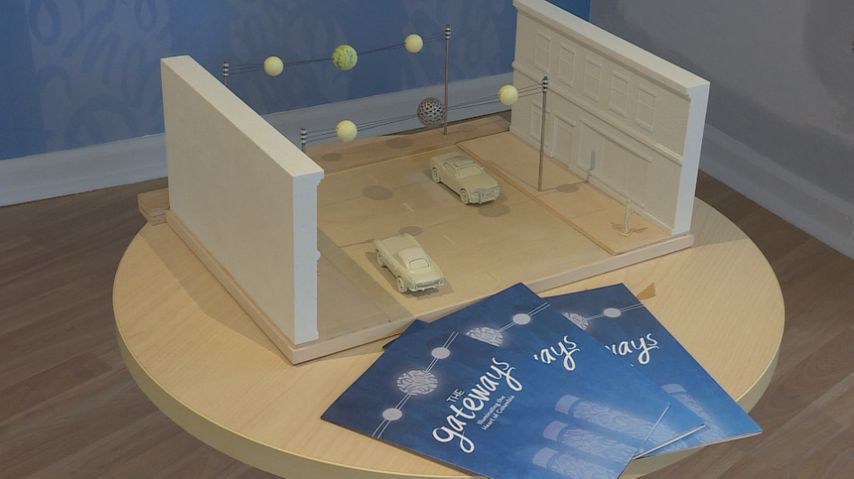 COLUMBIA - Nourish Cafe & Market is holding a fundraiser on Thursday to support the revamping of downtown.

When customers show the fundraiser flier at check out, the Downtown Columbia Gateways project receives ten percent of the money.

Executive director of the Downtown Community Improvement District, Katie Essing, said they don’t have a specific monetary goal for the event.

“I think it’s partly great to raise funds, it’s also great to just tell people about the project and get to showcase one of our awesome local retailers like Nourish,” Essing said.

The Downtown Community Improvement District is working to create visual appeal for the area.

The community created a master plan with several elements, and The District plans to bring each aspect to life as they raise money.

Fundraised money will go towards the development of public art, street beautification and improved pedestrian safety.

The project incorporates art, landscaping and pedestrian crosswalks in hopes of slowing down traffic in places people frequently cross.

The District believes welcoming visitors with landmarks will encourage people explore the city and lead to increased economic development.

The plan includes a Gateway Plaza at Broadway and Providence, as well as four Entry Gateways and pedestrian safety improvements at main entrances downtown.

Artists will create pieces that light up, called Light Hubs, for streets throughout downtown.

The District approved payment for the first three Light Hubs, which have been created and will be installed in January.

There will about a dozen of these pieces when the project is complete to tell the story of the neighborhood or the history of the areas.

As the largest public and private art installation in Columbia’s history, the project is projected to cost around 4 to 5 million dollars overall.

Money for the project will come from the Downtown CID, private donations, grants and transportation funds.

The Gateways project’s fundraising efforts are through CoMoGives, a campaign to collect donations for local nonprofits.

Shakespeares Pizza, DogMaster Distillery, and Coffee Zone are a few examples of other businesses involved.

The co-owner of Nourish, Kalle LeMone, believes efforts to care for downtown will urge the continued growth of the city and culture.

“Enhancing The District as a destination will only draw more Columbians and visitors in to support locally owned businesses, which are the foundation of downtown,” LeMone said.

Customer of Nourish, Dakota Deering, said she would go to the event if she was in town.

“I think having a rich historic downtown or center area that people can come who are tourists, like me, who don’t get to come to the city very often. I want to get a good gist, a feel of what the city is really like and what the people care about. And I think it’s a really great cause,” said Deering.