A local veteran helps others transition back to civilian life 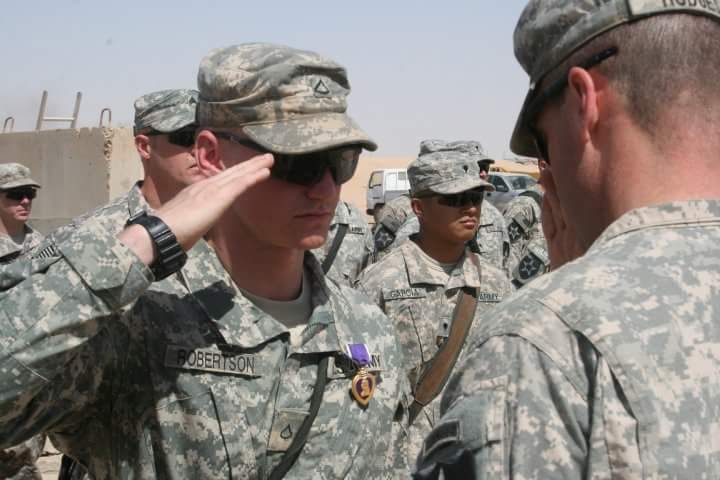 FULTON-   A veteran is using his expeirence at Westminster college in fulton Missouri to design a program to help veterans transition back to civilian life after a deployment.

Bret Robertson survived a roadside bomb explosion during his 12 month tour of duty in Iraq and received the Purple Heart. During a  routine security check, a  bomb hit his truck sending shrapnel flying, leaving robertson's face scarred from cuts.

He was lucky to have walked away said Roberston. After his recovery, he decided to attend Westminster College with help from the school and the VA. But when classes bagan Roberston said he struggled.

"After coming back, the transistion is hard," Roberston said. "On tour we did everything together we had close bond, there was comraderie."

This past spring of 2015, Roberston completed an internship Organizational Leadership with the local YMCA. Through the internship, he created a program centered on physical fitness to help local veterans maintain camaraderie and connection and support as they transition back to civilian life.

" It's important to have those connections, and relationships," said Robertson. " Through these  activities, like playing basketball, it makes it easier for us to open up about things we may not talk about like PTSD."

There are about 30 veterans who are members of the YMCA of Callaway County. Several served in the Korean War and have been out of service for a few years.

"We share the same experiences and can relate to one another. It makes things so much easier," said Roberston. " Especially when you have someone who knows first hadn what you're going through."

Robertson is working with Callaway County YMCA to evolve and expand the program. He expects to graduate from Westminster in the spring of 2016 and plans to attend grad school to study social work or organizational leadership. His goal is to continue the program.

"I'd love to see the program grow. We're still working out the kinks but its important for veterans to have something like this. " Robertson said. " I am proof."