A Look At Same-Sex Marriage in Mid-Missouri 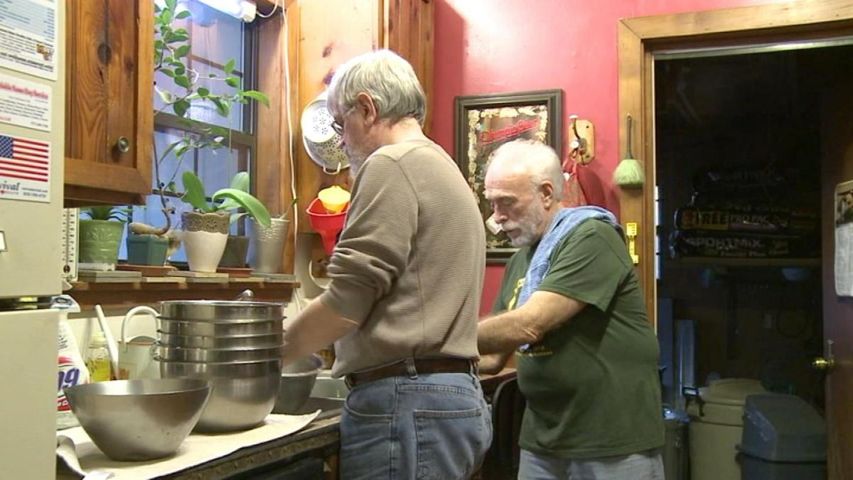 BOONE COUNTY - It's one of the most polarizing and controversial issues of late.

KOMU 8 News started with a simple question in September: Where does same-sex marriage stand in mid-Missouri?

After focusing on religion and politics in regard to same-sex marriage, we found the hard lines that used to separate gays and straights in the past are becoming more blurry.

David Huddleston Smith and David Collins have been in a relationship for nine years. They raise blood hounds. Huddleston Smith is a retired doctor and Collins works for a clippings service letting different clients know anytime they are mentioned in articles.

"There were some bumps without a question, some hurt feelings. And it took a long time to really start communicating effectively. We're still working on it," Huddleston Smith said.

"We just want everyone to know we are no different than anyone else," Collins said.

Gay culture is more publicized than ever before. In April, NBA player Jason Collins became the first athlete in major American sports to come out as openly gay while still competing. The television sitcom "Modern Family" features an openly gay male couple. The music artist Macklemore took over the billboard charts with his song "Thrift Shop," but he is also known for his politically controversial song "Same Love" which advocates for the legalization of same-sex marriage.

Even after all the media publicity, you might think Christianity and homosexuality do not mix.

After contacting Christian ministers around the viewing area, three agreed to an on-camera interview. Each of the ministers expressed similarities and differences on their views toward homosexuality.

Ken Harland, of Capital West Christian Church in Jefferson City, said he is not aware of any gay members in his church, but he says he would welcome homosexuals with open arms.

However, Harland says sometimes homosexuals won't like the message in churches around the country.

"If they come and they listen, they probably are not going to hear...In many churches, they won't hear acceptance of the lifestyle that they have chosen," Harland said.

Minister Tim Carson, of Broadway Christian Church in Columbia, says homosexuality is one of the most dividing issues facing Christianity today. He says he sees openly gay couples who participate fully in the workings of his church.

"We have a very open view toward persons from other sexual orientations," Carson said. "Those persons in the LGBT community are afraid because there is a huge legacy in the church of abuse and ostracizing persons in that community."

Minister Mark Kummer, of Callaway Christian Church in Fulton, says he has some gay members at his church, but they are not out. He says homosexuality is against God's will, but that shouldn't keep gay people out of the pews.

"Acceptance doesn't always necessarily mean approval of behavior. You might accept, embrace the person, love them as a person but not approve their behavior," Kummer said. "There's a saying in Christianity: love the sinner, hate the sin."

Each of the three ministers said they welcome gays to their churches.

"Originally when I got back here they were all thumbs down on gay couples coming to their churches. But quite a number of churches have opened up," he said.

Tune into KOMU 8 News at 10 for the politcal struggles over same-sex marriage.