A month into protests in Columbia, organizers have no plans to slow down 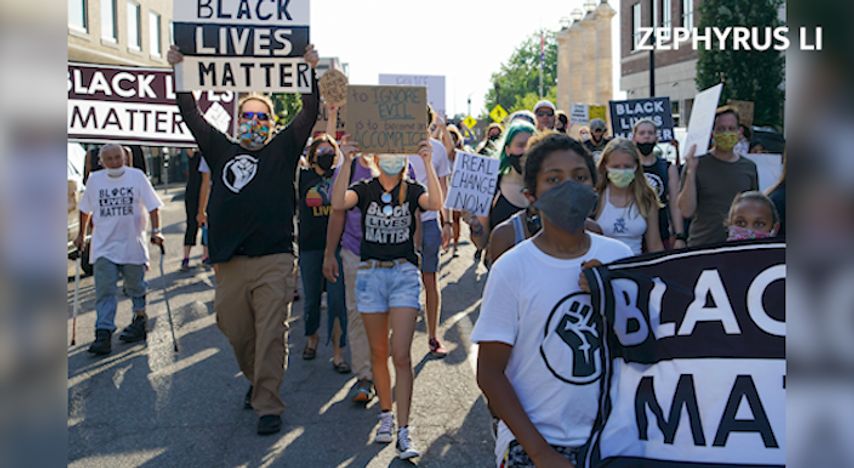 COLUMBIA - It's been 31 days since George Floyd was killed while in police custody in Minneapolis, but protests are still happening nationwide.

In Columbia, those protests, which have formed almost every night since Floyd's death, are shifting some of their focus to more than what happened in Minnesota.

"One of our next steps for right now is to educate ourselves, to educate our youth and our community," Christopher Watkins Jr. said.

Part of that change includes walking a different route, to reach others who might not be seeing the marches.

In an interview with our partners at the Columbia Missourian, another organizer, Roy Lovelady, said new routes make the group visible.

"A lot of people have avoided the protest, but a protest is meant to get the attention of the people so that they can hear what we have to say, and you can deliver the message you are trying to deliver," he said.

"I think now it's more about the community side of things," Watkins Jr. said. "I think it's about getting our community in a better place, because here in Columbia, we have a lot of violence, gangs, and things like that. Our youth is really being targeted right now, not just African-American, but our youth as a whole."

Watkins says the marches are going to continue to happen for the foreseeable future.

"We will continue to do it as long as we need to, until we get the results that we're looking for," he said. "One of the big things we'd like is to have the police involved in everything we've got going on. We want to be able to go to those guys and see what they know, what they deal with on an everyday basis, and an every night basis. So we can educate our youth and our community."

The next march is scheduled for Sunday, June 28.

Missouri River Regional Library brings back a traveling library for the community
JEFFERSON CITY - The Missouri River Regional Library's 'Bookmobile' is back on the road delivering books after not running for... More >>
4 hours ago Tuesday, July 14 2020 Jul 14, 2020 Tuesday, July 14, 2020 5:51:00 AM CDT July 14, 2020 in Top Stories
Share:
Email
Facebook
Twitter

Columbia businesses don't have to refuse service to unmasked customers
COLUMBIA—About 20 people filed complaints about other individuals or businesses not following the mask ordinance this weekend, according to the... More >>
14 hours ago Monday, July 13 2020 Jul 13, 2020 Monday, July 13, 2020 7:19:00 PM CDT July 13, 2020 in News
Share:
Email
Facebook
Twitter