A New Understanding of an American Game 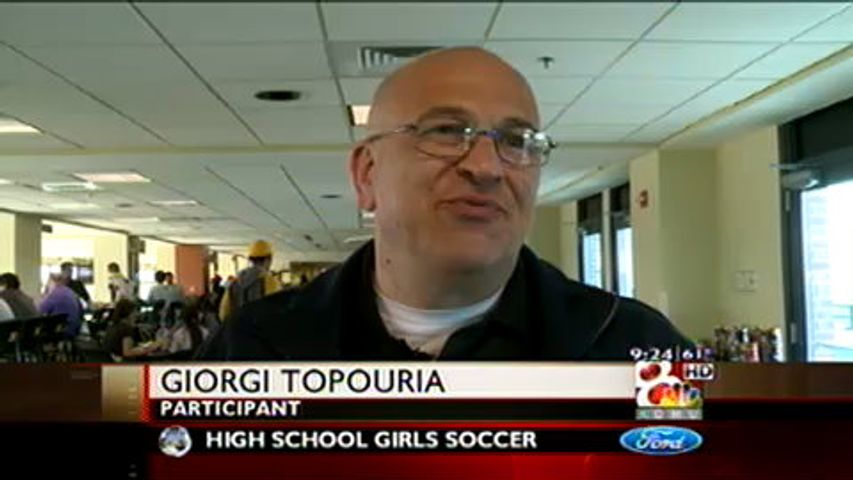 COLUMBIA -- For doctoral student Giorgi Topouria football is something he has always a vague understading of, "I knew enough to watch the game, to follow it, to enjoy it, but I didn't know any of the details." Topoura is from Georgia, a country south of Russia.

He was one of the 150 international MU students who attended a tutorial on american football. Mizzou athletics and the sports management department put on the event. Participants like Topouria received a classroom session on the game, a tour of the Mizzou athletic complex, and participated in drills at Faurot Field.

The classroom session brought out questions that revealed how different football is from other sports. Joshua Behiels, a student from Australia, plays a similar sport, rugby. "I knew of it's existence, but when it came to special details like the forward passes and having to advance the ball ten yards, I learned something new today" Behiels said.

While topouria did not participate in the drills he was very inquisitive during the classroom session by asking questions while out on the field.

For him and many of the other international students, this is a slice of American life they have a greater understanding of after this event.