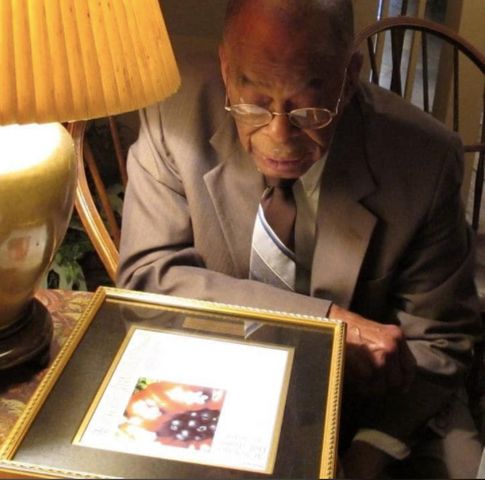 COLUMBIA —Excellence, loyalty and perseverance are the principles Dr. Gus T. Ridgel lived by, according to his daughter Betty Bolden. On Saturday, he died due to health complications, but his legacy lives on.

Ridgel was a member of the original Concerned Student 1950, the first group of Black students admitted to MU. The trailblazer was admitted to the University after he won a lawsuit against MU to desegregate the school.

“He's a phenomenal trailblazer. I mean, when we're looking at the history of the University, how it was founded in 1839, and you know, he was on the first buses to come here in 1950," MU student Caleb Sewell said. "The University, like you talk about history, and the trouble is, he came there during that time period. And then even now, we're talking about the continuous fight."

Ridgel received a fast-tracked master’s degree in economics with honors from MU in 1951.

“The [Mizzou] advisor laid out the course of study and it was, of course, a study for two years. And my father says, I don't have money for two years. And it was in terms of remarkable things he did. He completed a two year master's program in one year,” his daughter said.

“The academic part of it was not difficult for us," Bolden said. "It was the other part."

Ridgel lived alone in a two-bedroom dorm because no white student would room with him. There were restaurants and cafes off-campus that would not serve him because he was Black.

In 1987, MU established the Gus T. Ridgel Fellowship in his honor. The school named the atrium in the Lucile Bluford Residence Hall after him in 2018.

“I was honored to graduate from the University, but just more than thankful to have those people who were able to pave the way for me before that, before I was literally even born,” MU graduate student Jerome Young said.

“We're going to make this place more equitable to all whether we see it during our time here at this university or not. It's really cool to just see that, you know, that fight continue, but is also very important to understand the history behind it and understand the faces behind it,” Young said.

Dr. Ridgel's daughter said COVID was one of his health complications before he died, but it is not the confirmed cause of death.